Sitting at my PC this lunchtime with the light streaming in the window I suddenly had a desire to get up and out and into the Forest. I’m lucky enough to live only a few minutes’ walk from Epping Forest. I left my flat at 1pm and by 1.10pm I was at the top of Pole Hill admiring the view although it was actually too sunny to see much.  Pole Hill was surprisingly empty with only a couple of children sledging. The sun was beating down and it was lovely and warm and peaceful. More about Pole Hill and the Forest can be found on my previous blog post about living in Chingford.

I sat on the bench for a little while then decided to walk down the other side of the hill towards Chingford Plain and the golf course. I was disconcerted for a few minutes on reaching the bottom and wondered if I had gone the wrong way as there were no golfers in their distinctive red attire to be seen. There also seemed to be no golf course! I was only convinced I was going the right way when I saw the Royal Forest Hotel in the distance and realised that the golf course was still there but completely covered by snow. The other thing that struck me was that for a lovely day and a Saturday too the paths were empty. 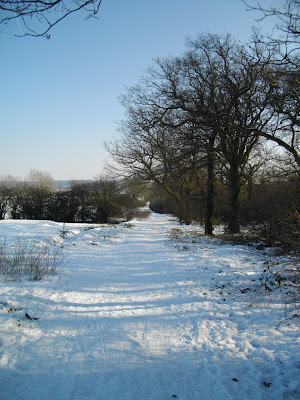 I continued along the path, crossed Bury Road and made my way up the hill towards the Queen Elizabeth Hunting Lodge. I just wanted to pop in the shop there as had seen some notecards a week or so before but had been on a long ramble and didn’t want to risk them getting wet/damaged. The Hunting Lodge is only about 10 minutes’ walk from Chingford Station and is well worth visiting and it’s free too! There is some building work going on there at the moment and it looks like there will be a visitor centre and improved refreshment facilities at Butler’s Retreat. I’ve just discovered online that the cafe has already re-opened. Butler’s Retreat is the last of the dozen or so Victorian retreats that used to be in the Forest for daytrippers.

I spent another few minutes sitting on the bench outside the Hunting Lodge then retraced my steps back down to Bury Road, through the (still empty) paths and up to the top of Pole Hill.

On arriving at the top of the hill I encountered a man and a dog. The dog had in its mouth a lady’s hat. The man told me that the dog regularly collected lost hats and gloves but never any that were of use to him. I suggested a charity shop or to give them to the homeless rather than putting them in the rubbish that he currently did. It dawned on me afterwards that I should have taken a photo of the dog.

After they had gone I sat for a few more minutes on the bench listening to the birds singing then made my way back down the hill to my flat and a cup of tea. I live opposite the church with the green spire in the bottom picture. 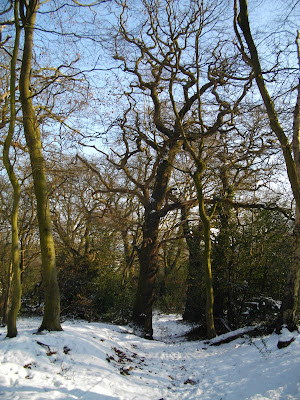 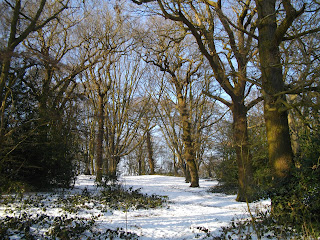 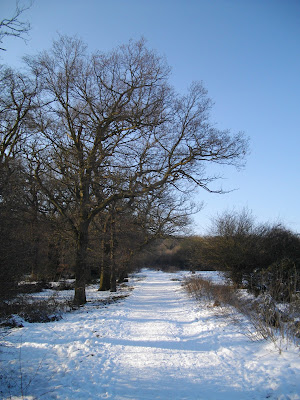 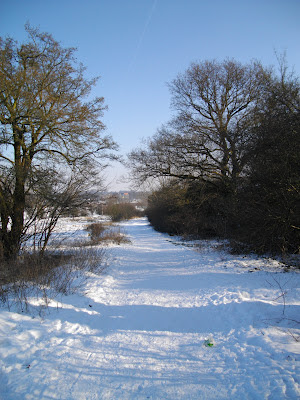 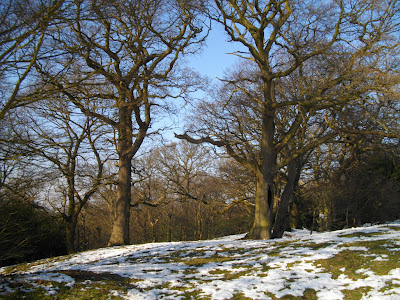 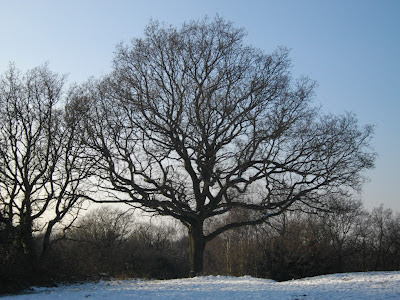 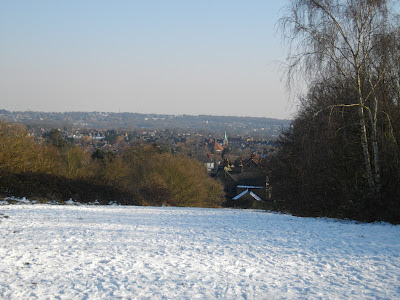 3 Responses to A Forest Stroll