Sculptures, Scones & Shh – some of my London discoveries

It’s only since qualifying as a tour guide in 2009 that I have realised just how much there is to see and do in London, and how much of it is free.  In the past few years I have discovered Londonist, Ian Visits,  Tom Tired of London, Tired of Life, and many other London blogs all with ideas of unusual things to do in the capital and of course London Historians which has introduced me to many other London obsessives and I would thoroughly recommend joining.*

As fast as I discover places I have new ones to add to the list. It’s great! These are some of my best finds over the last few years.

Whilst studying for my guiding exam in Mayfair one of my first unusual discoveries was that Sotheby’s in New Bond Street has a cafe with a very reasonably priced small cream tea.

Their “small tea” consists of a toasted tea cake, a portion of scones with cream and jam and a pot of tea; all for £9.10. With the addition of mini bagels the cost is just over £14 and even with a glass of Champagne you are left with change from £25. It’s not the grand affair that you would get at some of the Mayfair hotels – and not as much food – but taking afternoon tea at a hotel with a glass of Champagne you would be looking at least double that!  Sotheby’s cafe is only open Monday to Friday – 9.30am-5pm and you do need to book.  Whilst there have a wander around their galleries to see what is coming up for auction.

Also discovered on my exam walk is the cafe within Dover Street Market.  This isn’t a market in the usual sense of the word but a very expensive clothes shop selling designer brands. I have to admit when I first visited the shop I found the shop assistants rather scary but now I just head to the lift to make my way to the top floor where the cafe is situated.

The Rose Bakery is the London outpost of a British cafe which opened in Paris in 2002.  It was founded by Rose Carrarini who is sister-in-law to Rei Kawakubo founder of Comme des Garçons the principal designer within Dover Street Market which is probably how the cafe has ended up in this location. Tokyo and Seoul now have Rose Bakeries of their own too.

The cafe is light and airy with a small outside terrace. The food is good too and comprises salads, sandwiches, soups and cakes. It’s open every day but it’s best to check the opening times first.  I am quite surprised to find that it now has its own page on the DSM website as previously there has been barely anything online; it really is a word of mouth type of place.

I thought I knew Mayfair pretty well having studied there for my guiding exam, based my course project on it and been guiding through it since qualifying.  So I was very surprised last year (when taking a short-cut) to discover a set of 3 sculptures commemorating the famous photographer Terence Donovan close to his old studio. These 3 sculptures – depicting the photographer, the model (Twiggy) and a shopper who has stumbled across the “photo shoot” – really are in deepest Mayfair. 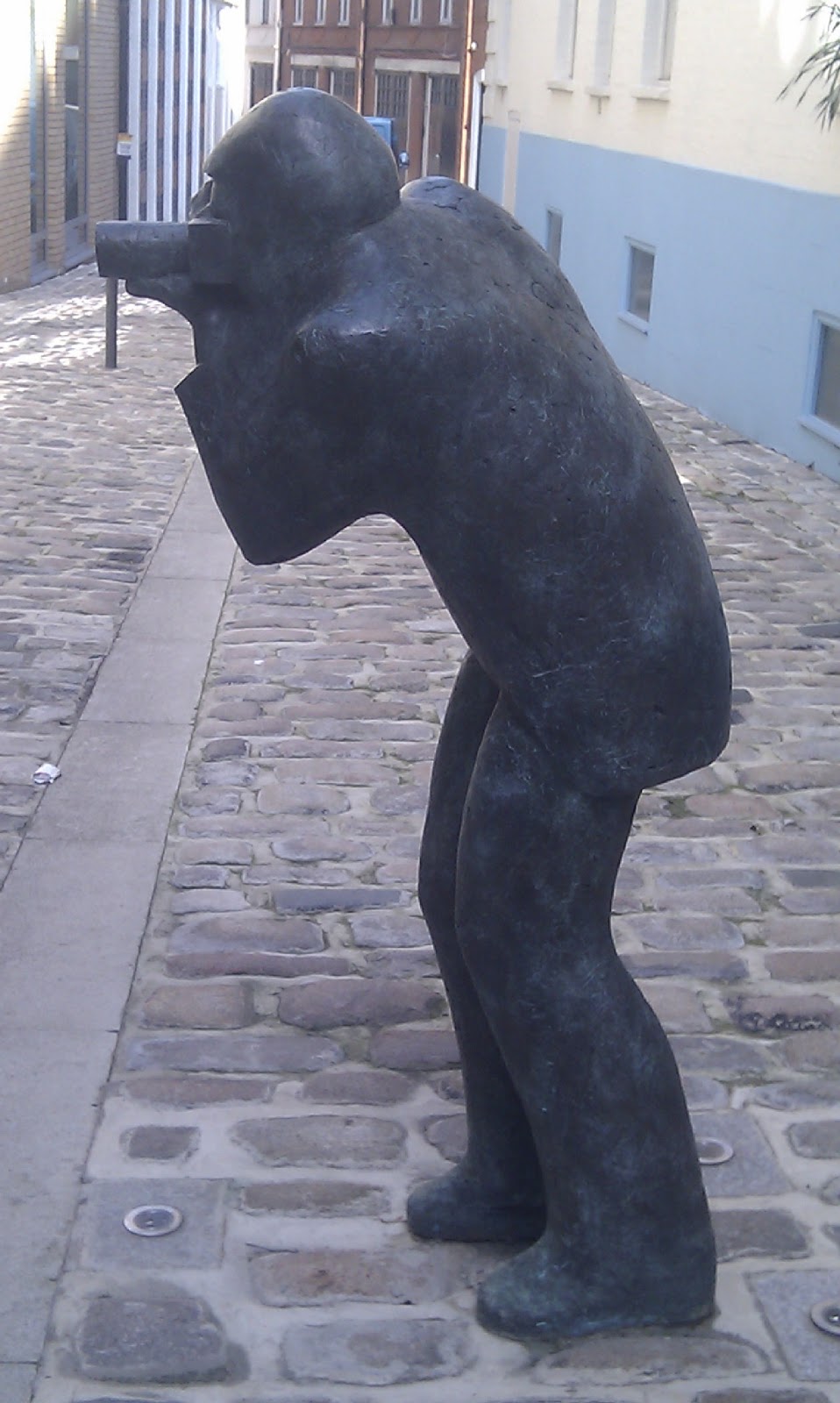 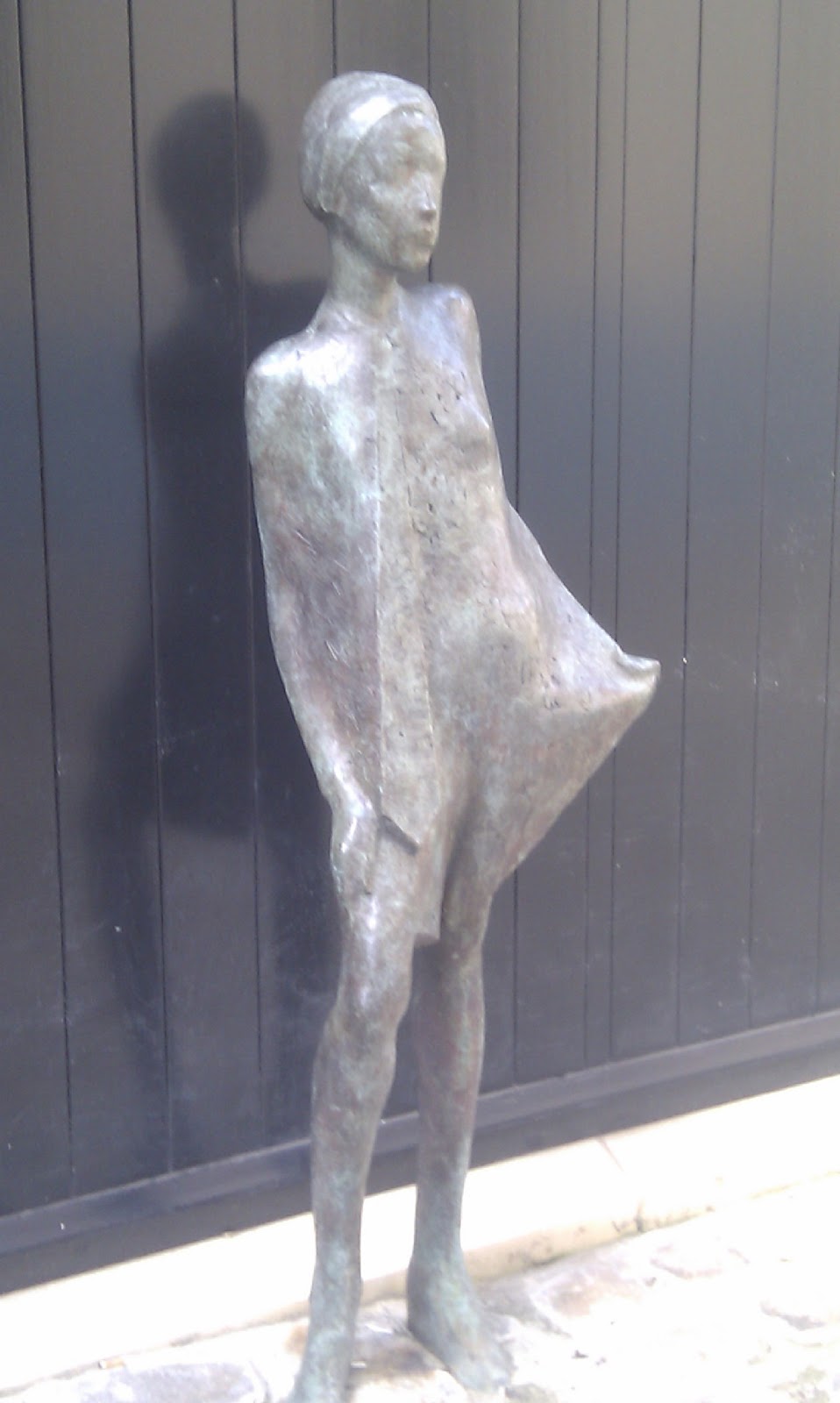 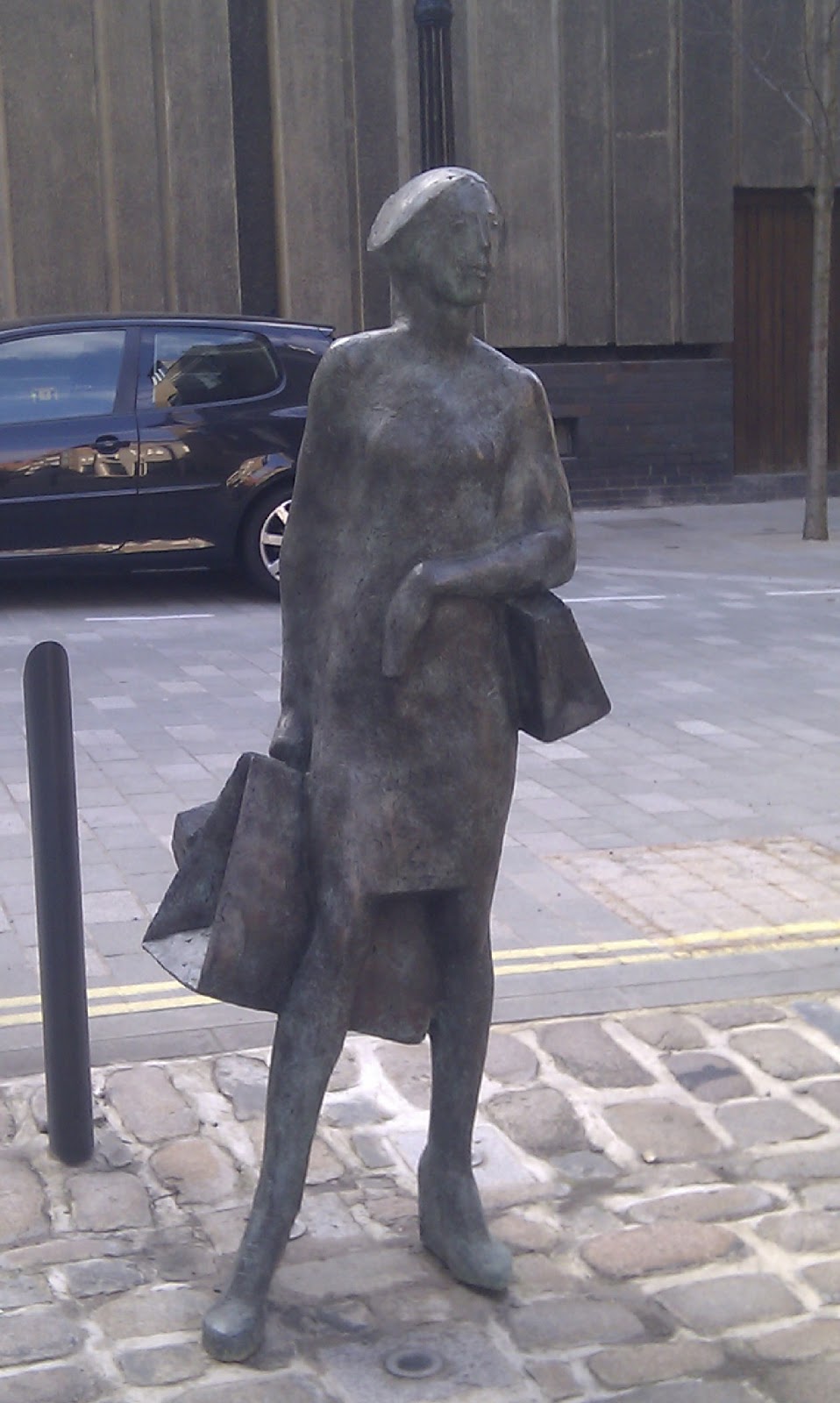 The sculptures are by Neal French and can be found in Bourdon Place which is parallel with Grosvenor Hill and Grosvenor Street.  Incidentally Brown’s Hotel in Albemarle Street nearby have named their bar after him – Donovan’s – where they display some of his photographs; the more risqué photos can be found in the “Naughty Corner”! (See my blog post here about Browns’ Bloody Mary.)

Both my Belgravia and St James’s walks also include hidden sculptures – some of these are so tucked away I sometimes wonder if the only people to see them are those on my walks!
Just around the corner from the Mayfair sculptures can be found another favourite place – Hedonism Wines – an amazing shop, really worth visiting.

The next place I am going to share in this post isn’t in Mayfair; in fact it’s not even in Westminster but in Hammersmith.

Some time ago I signed up to receive email newsletters from London Shh, Small Historic Houses which keep me updated about museums such as the Handel House Museum, the Benjamin Franklin Museum and, a new one on me 7 Hammersmith Terrace, home to Emery Walker. I am ashamed to say that not only had I not heard of the museum but I had no knowledge of typographer and printer Emery Walker either.  When I discovered that 7 Hammersmith Terrace is the last Arts and Craft interior left in Britain and that it is practically untouched I had to visit. I took the opportunity in May 2012 to arrange a visit for the Westminster Guides and I have to say we were all practically blown away by the interior.

Emery Walker was a friend and colleague to William Morris and because of this the house contains many Morris originals – wallpaper, wall hangings even William Morris lino. The architect Philip Webb was also a friend and left his possessions to Walker and these are also to be found throughout the house. There is so much more than this though – it is like a time capsule. The house has remained virtually unaltered because Walker left the house to his daughter who in turn left it to her companion who then formed a trust to preserve it for the future. More details about the house can be found on the excellent Londonphile blog.

I have been to many historic houses over the years and am sometimes dismayed that the houses are bare and lacking in possessions; I have now been completely spoiled with this one and would thoroughly recommend a visit. Each tour is limited to 8 people so you do need to book in advance.  They are currently looking for volunteers to help out this summer so if you live in the area maybe you could help.

A walk along the Thames afterwards with lunch at the Dove is a great way to complete your visit to Hammersmith.

Lastly, this unusual shaped church is a recent find and I hope to include it in a mainly pub-themed walk around Fitzrovia soon. 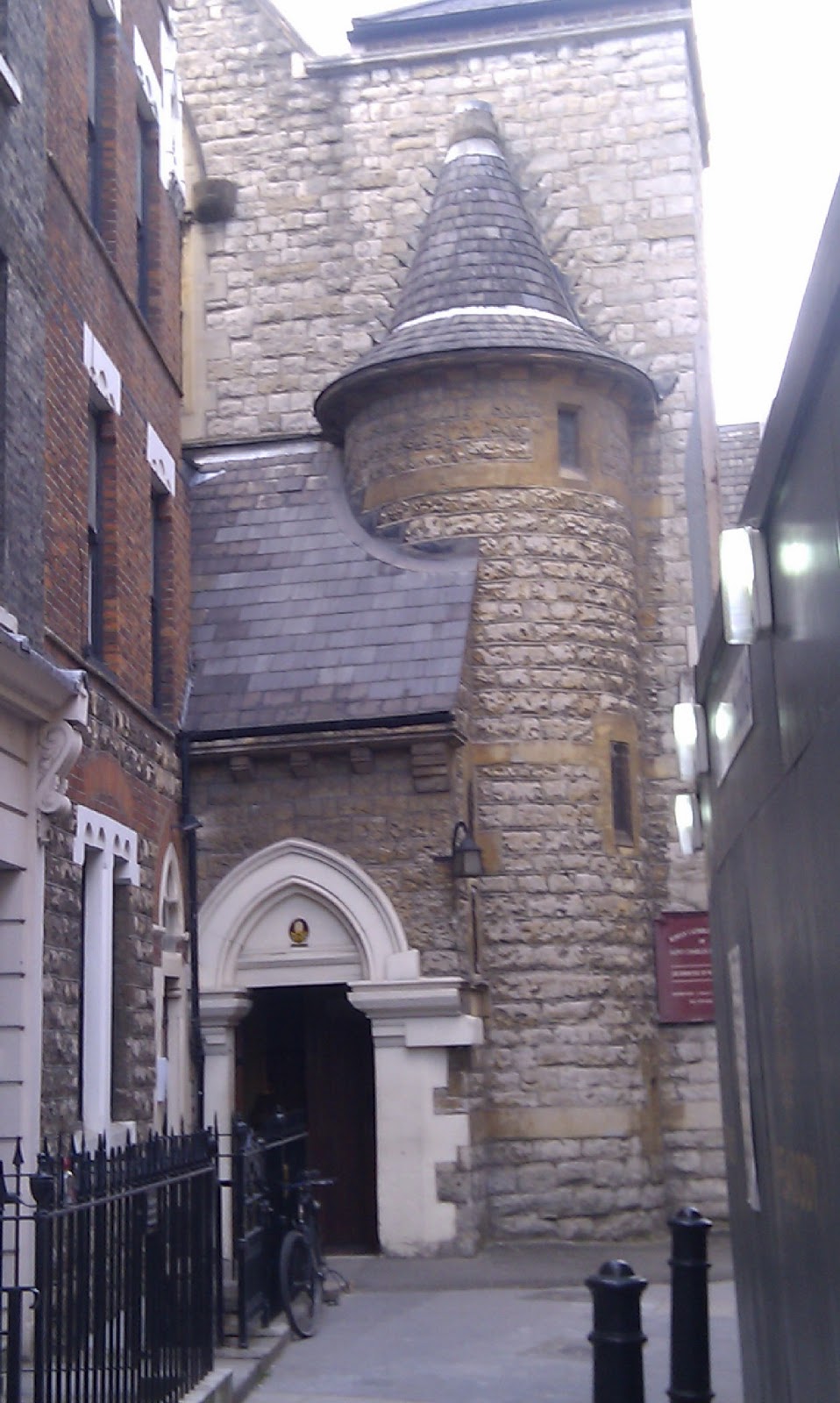 This is only a small selection of places I have discovered in the past 5 years or so and I’m continuing to discover more many of which will end up on one of my walks. All my walks include hidden tea shops, pubs and anything else I may have discovered along the way together with of course the historical narrative.

This post is just about London but there’s so much more to discover in the rest of the country. I’ve just nominated a couple of my hidden London favourites on this map but you may want to look at what else has been suggested around the country or even add some yourself.

*London Historians hold a monthly pub meet for members and non-members alike. It’s held upstairs at the Windsor Castle pub, Francis Street SW1 from 6.30pm usually until closing time on the first Wednesday of every month – next one is Wednesday 5th February. There’s no obligation to join if you go along and it’s just a social so turn up any time. Maybe see you there!