Until a friend moved to Geneva earlier this year the city didn’t have a place on my “to visit” list.  It had been somewhere I had passed through on my way to various ski resorts but I had never thought to stop. However after a 4 day visit last week my opinion has changed and I would definitely recommend a trip.

Geneva is an expensive city but many of the museums are free and the biggest bonus of all is free transport for tourists which surely cancels out some of the other expenses incurred.

All travel on the extensive network of buses, trams, trolleybuses and even taxi boats on various routes across the lake is free as is transport to and from the airport by train (around 6 minutes). When you check into your hotel/hostel/campsite you are given a dated card for the duration of your stay.

Getting around isn’t limited to these forms of transport either as from mid April to October you can hire bikes for free (up to 4 hours) too.

You might wonder how you can initially get from the airport to your hotel for free.  In the baggage collection hall is a ticket machine that dispenses free transport tickets valid for 80 minutes. There is a big sign saying “Public Transport to Geneva – Free Ticket” but I witnessed several tourists paying for tickets at the machine next to it.  Scroll down on this link for a picture so you know what to look for.  All you need to do is press the button and a ticket will emerge from the slot.

You can even use your free transport card to go over the border into France but don’t forget to take Euros.

There are two things that you need to be aware of in Geneva – firstly that the Old Town is at the top of a very steep hill (although bus no. 36 can transport you up there should you wish). Secondly the town is sometimes on two levels which makes reading a one-dimensional map difficult.

Whenever I go abroad I tend to seek out the smaller attractions rather than the big museums which in some instances are similar to those we have in London.  After enjoying Secret London and Secret Brussels I bought a copy of Secret Geneva which gave a lot of historical details about some of the odder things around the City.  You can read my review here.  One thing that I didn’t get to do was count up exactly how many statues there were in the city which depicted people in the nude – there certainly seemed to be a lot! For other suggestions of things to do in the City this website (which also covers other cities) was useful too.

This was my first museum visit in Geneva and was definitely my favourite.  It is the oldest house in Geneva and houses the Museum of Urban History and Daily Life. The museum is free but it is definitely worth investing in 5 CHF for an audio guide which really enhanced my visit.

The tour starts outside where you gaze up at the mysterious heads on the outside of the building. I have never seen anything quite like this before.  These heads are replicas, the originals were removed to prevent further decay and can now be seen within the museum.  No-one knows exactly why they are there. I would love to be able to go back in time to find out the real story.  It was incredibly hard to get a good picture of the outside as it is a very narrow street but if you scroll down to the last page of this booklet you can see where the heads are situated. 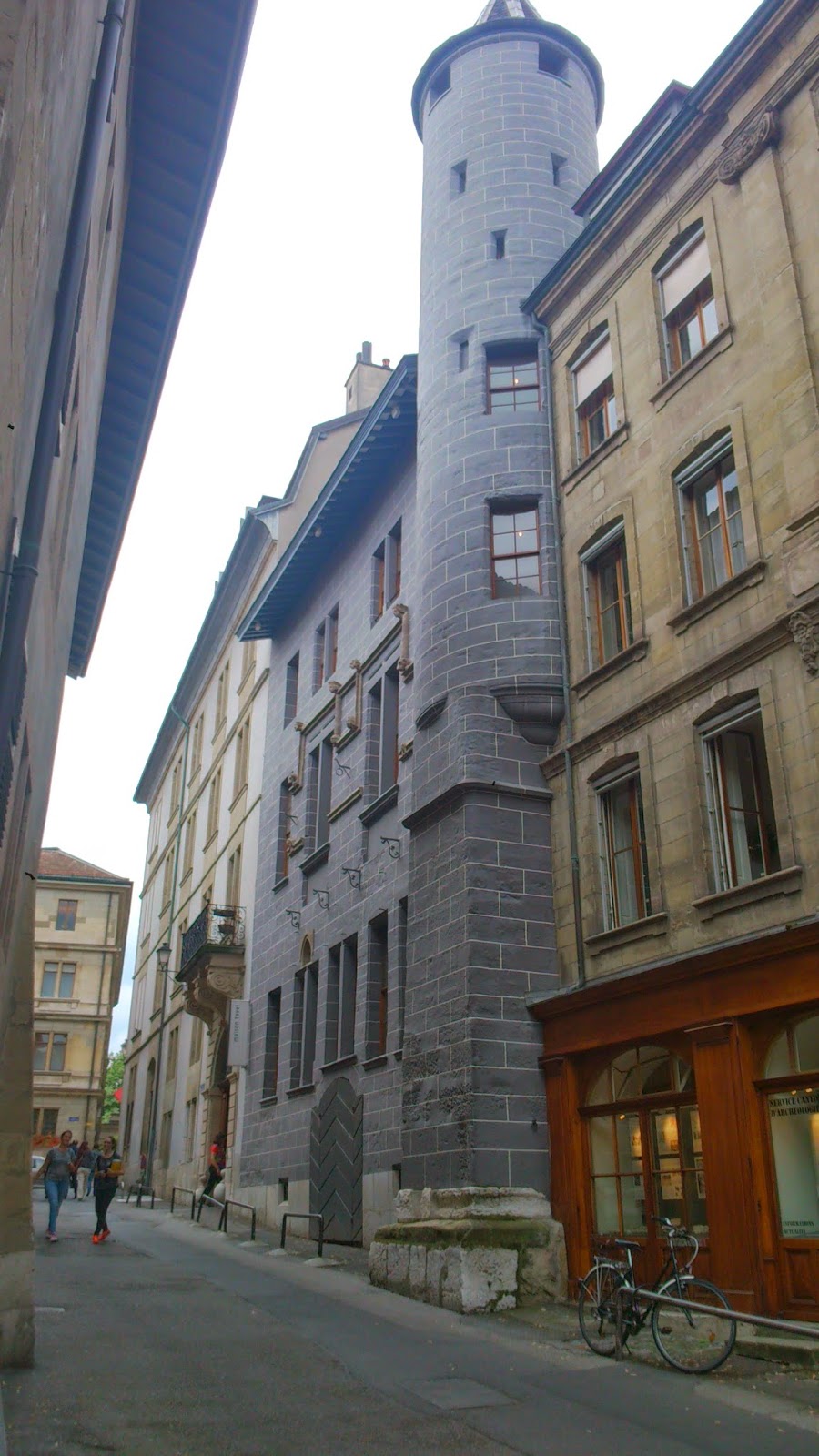 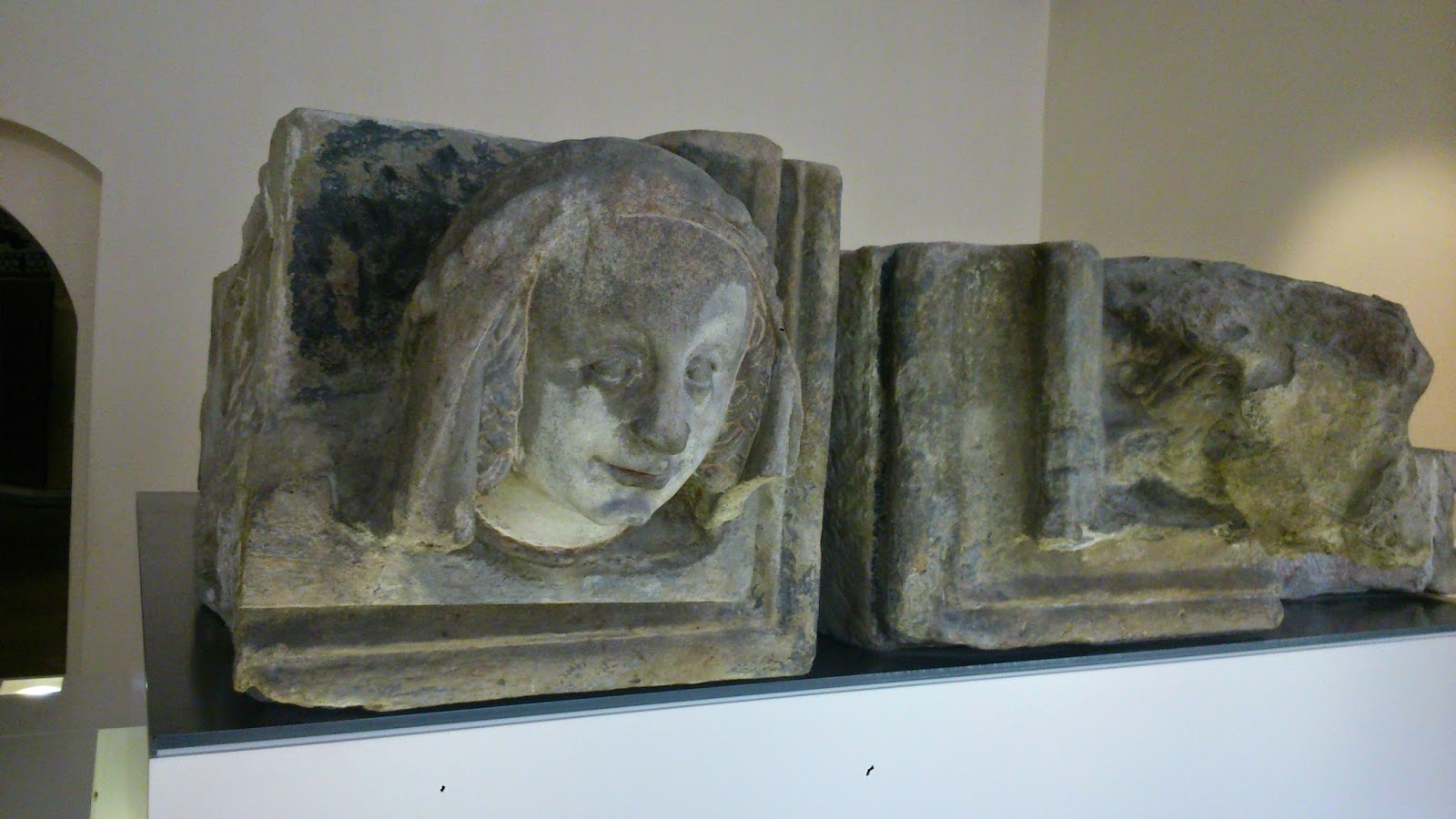 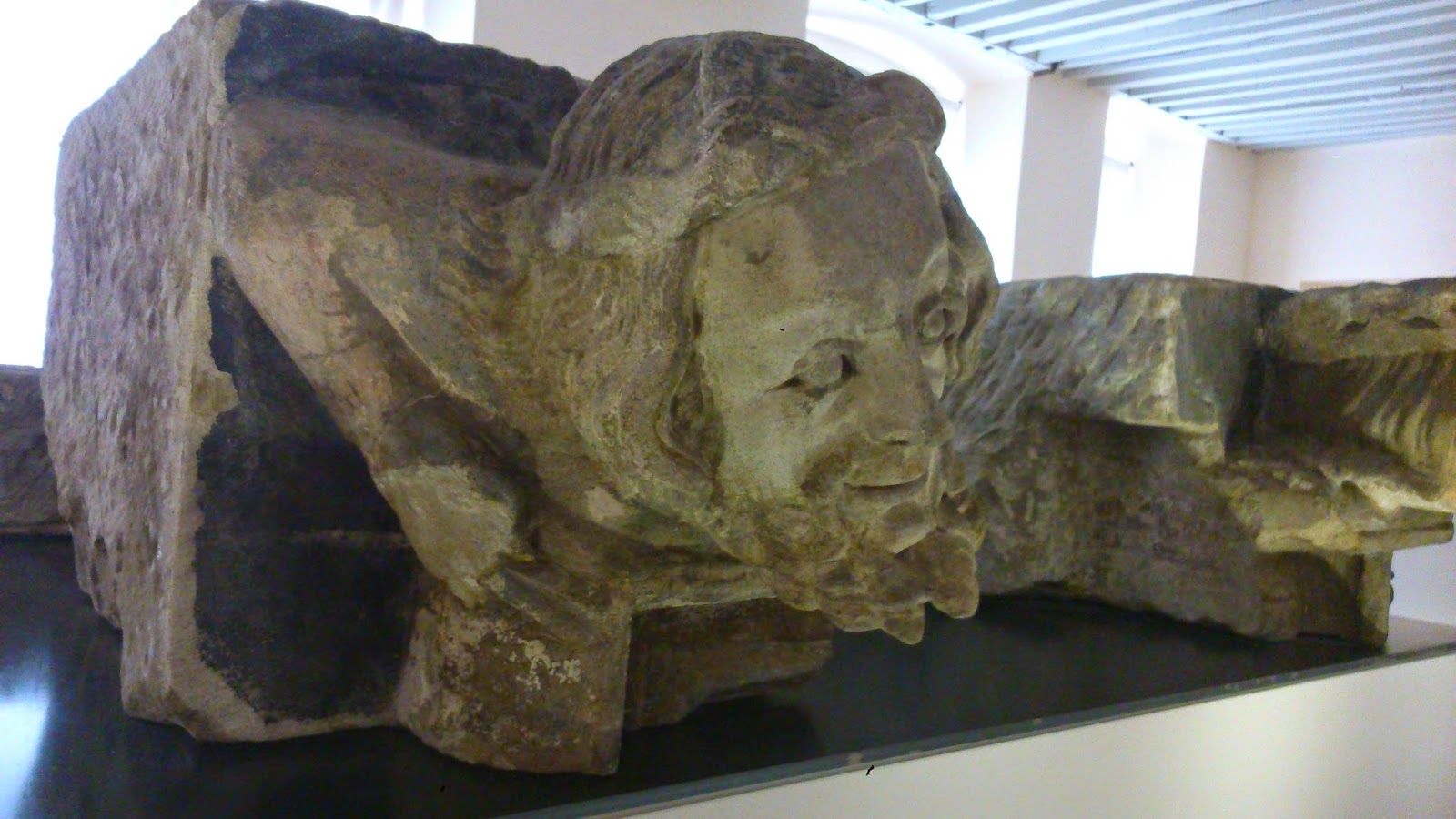 Every single floor had something of interest to me and it really was a place full of surprises.  The vast cellars are from the original house pre-1334 which destroyed the rest of the building. Originally these cellars wouldn’t have been connected to the main house; access was via a set of enormous doors from the street.

The other highlight from the house was the amazing Magnin relief map which showed the City prior to the removal of the defences in 1850. I spent at least 10 minutes looking at this model in all its intricate detail. 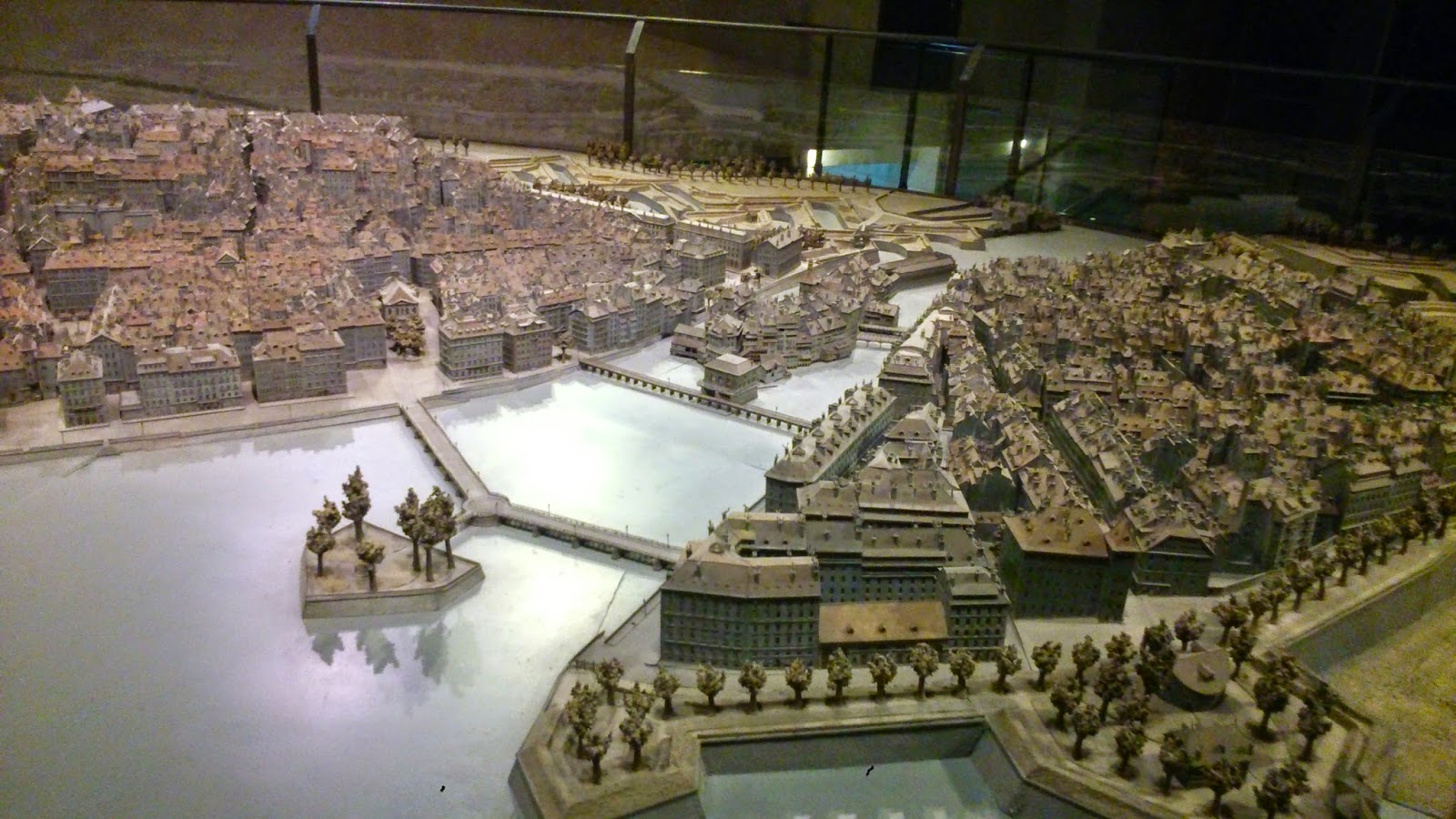 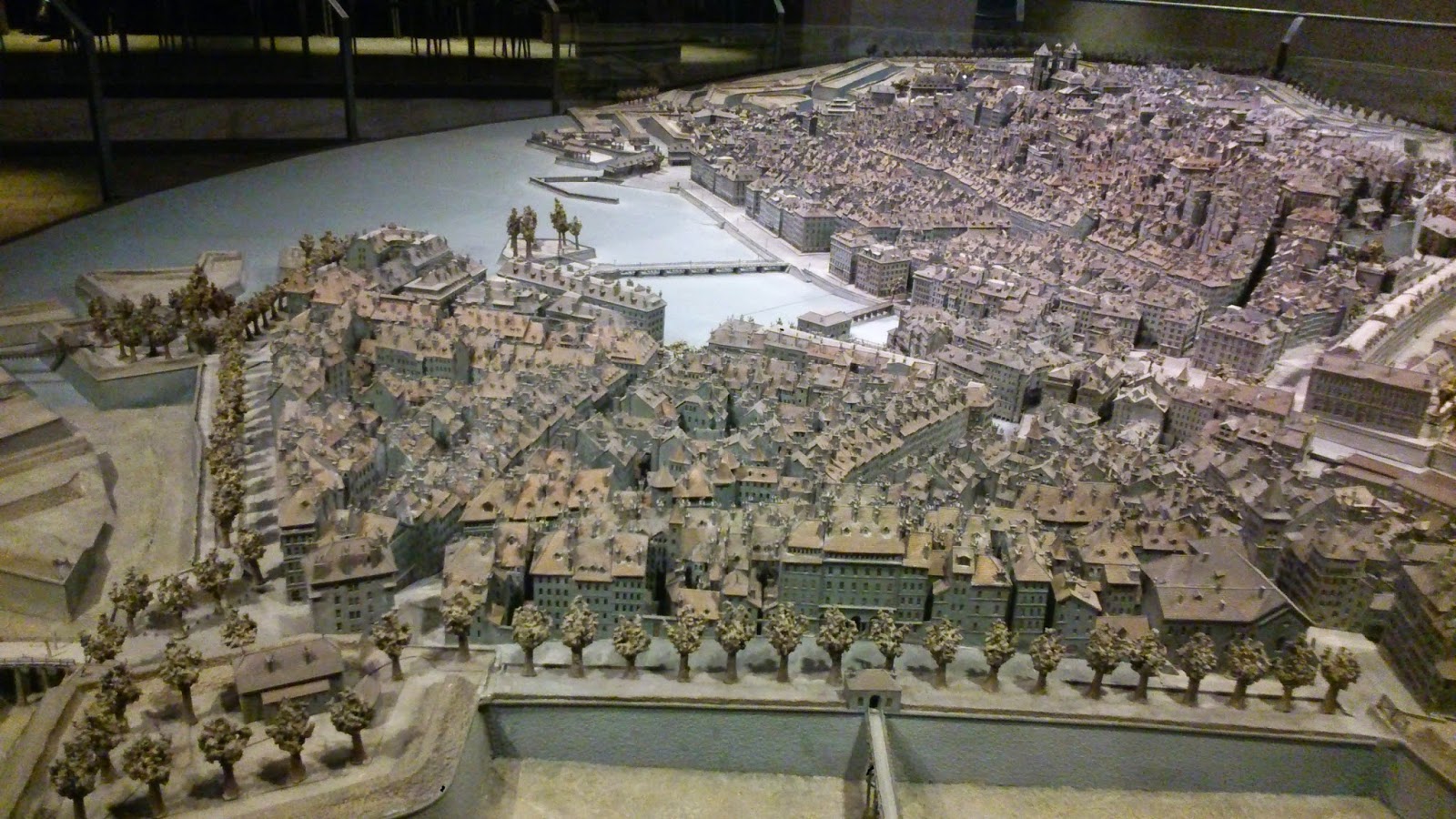 Before you leave it is definitely worth watching the video about the history of Geneva from the Ice Age onwards which lasts 12 minutes.

The museum is in the Old Town and bus no. 36 stops nearby if you want to avoid the steep climb up the hill.

Museum of Art and History

There were two reasons I wanted to visit this museum the first of which was to see a number of rooms that had been transported from Lower Zizers Castle – quite bizarre.  Again my photos aren’t up to much but hopefully they will give you an idea.  Within these rooms were some enormous china central heating structures complete with a seat on the top! 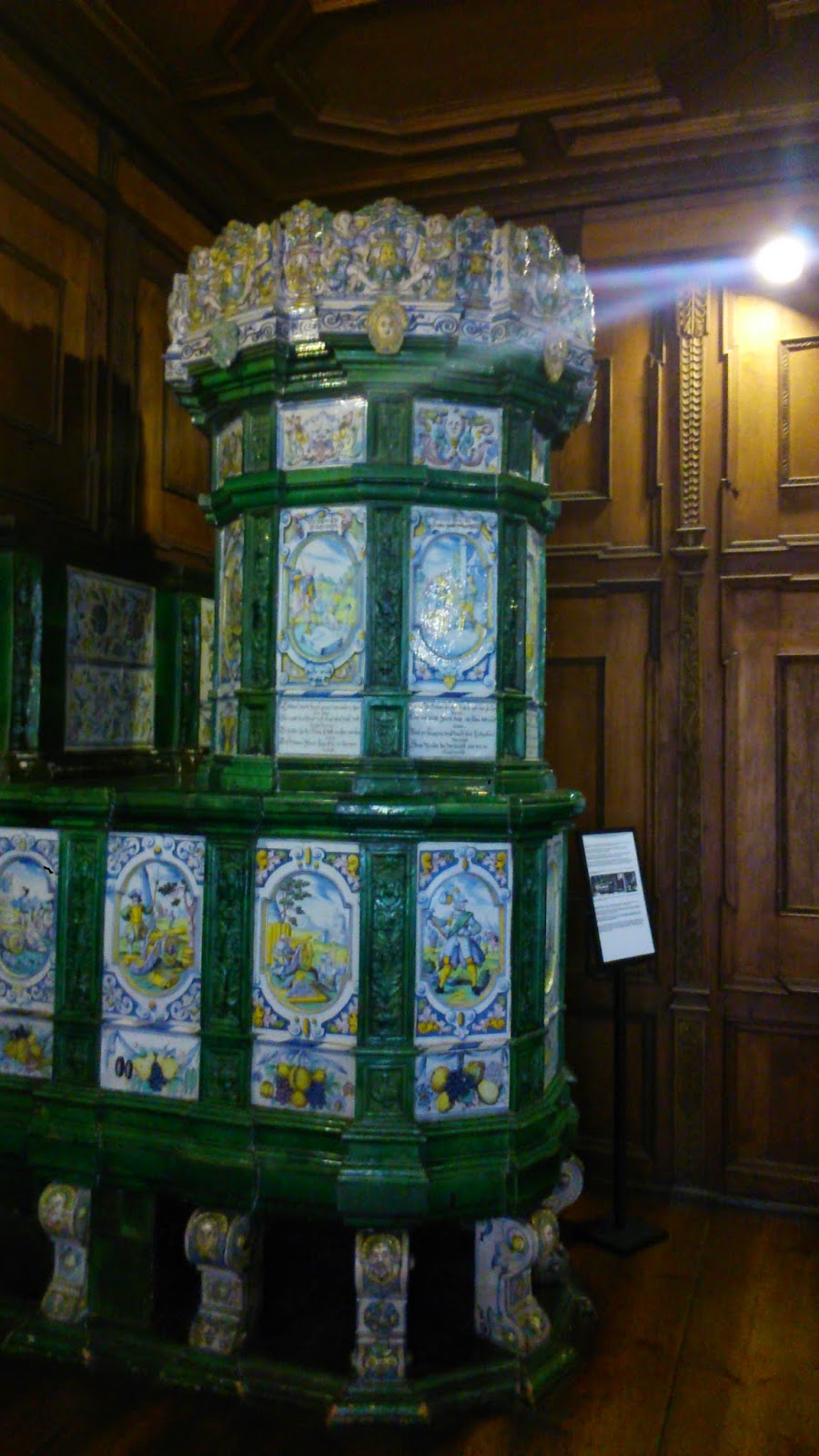 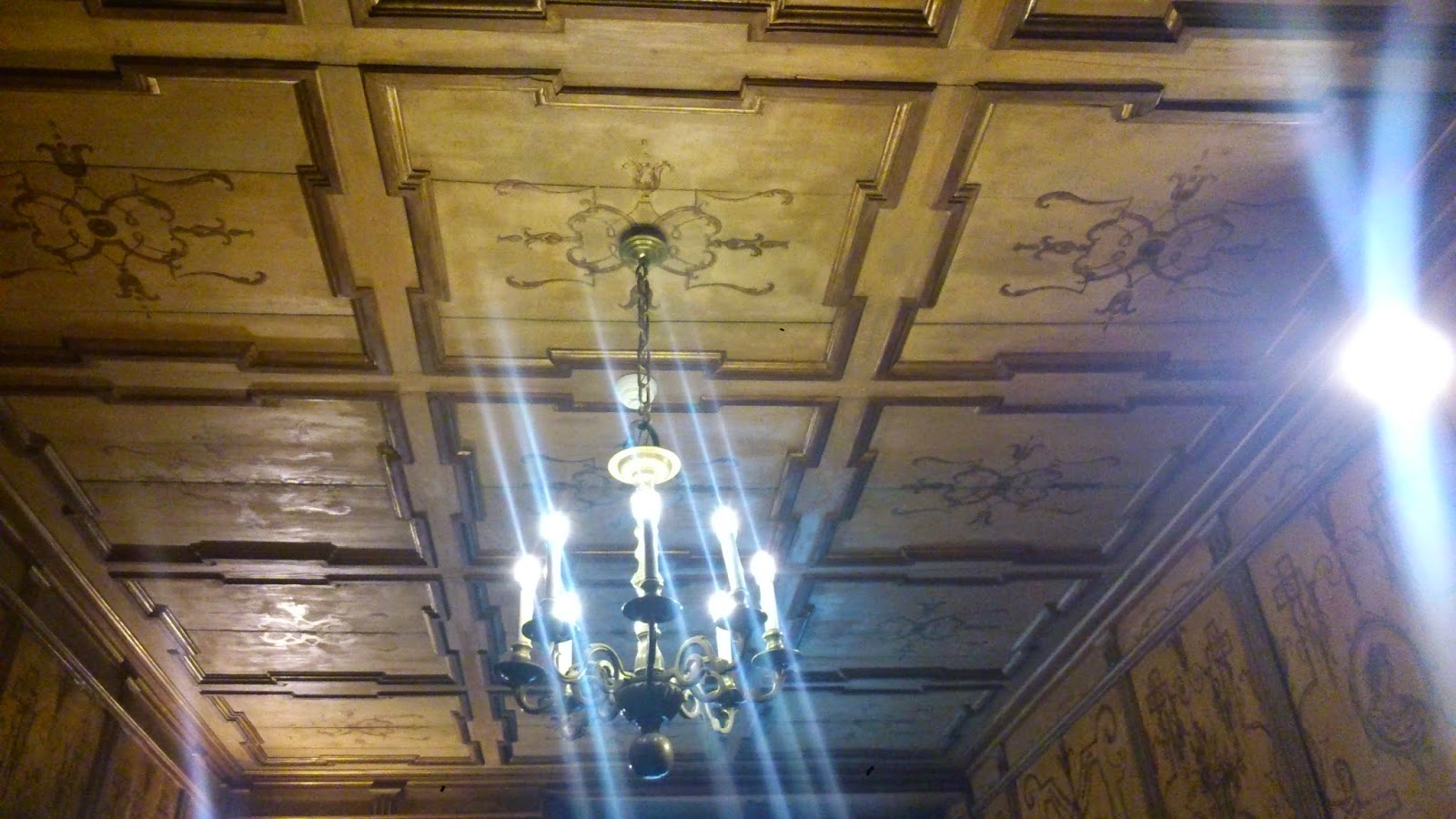 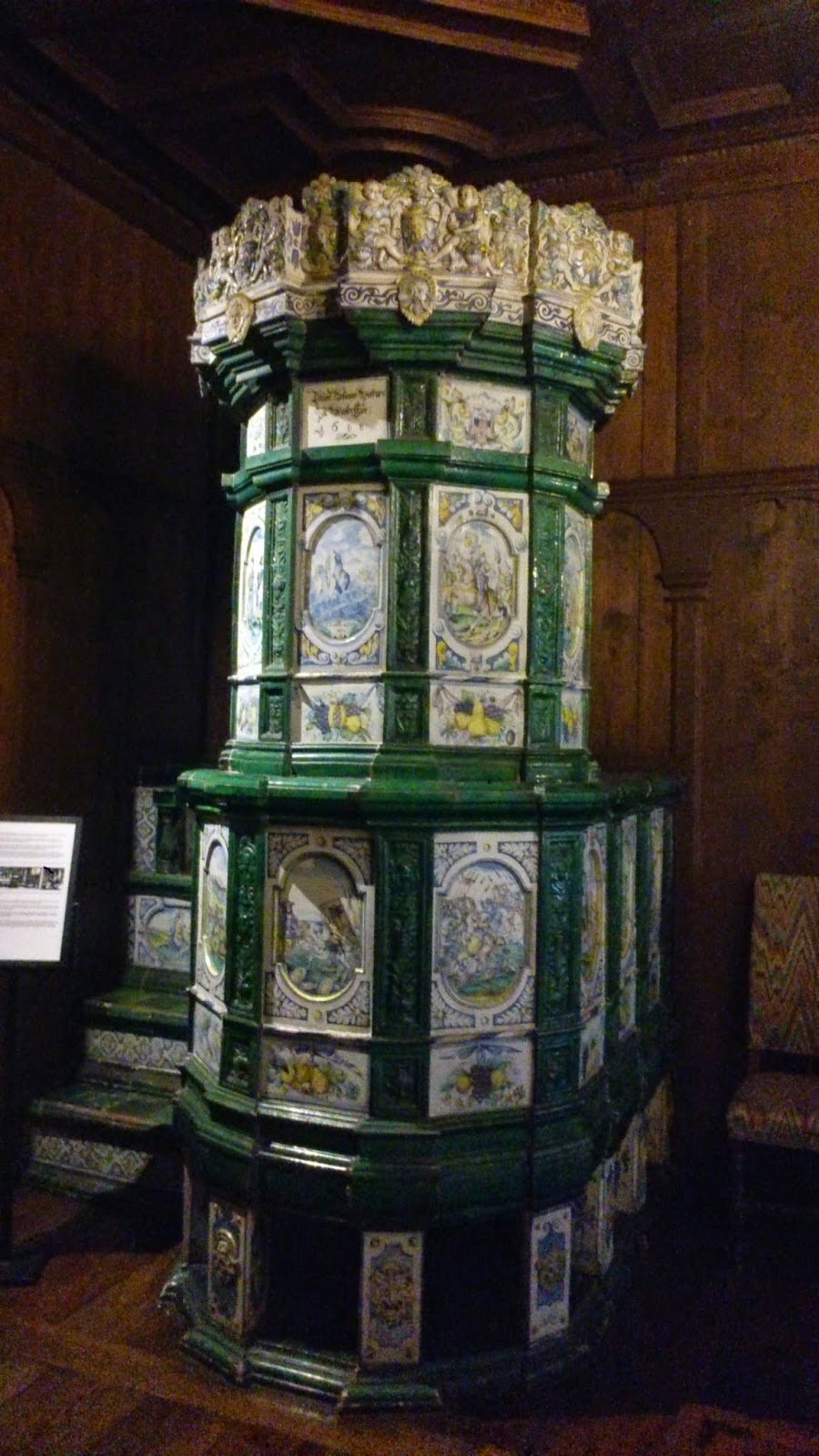 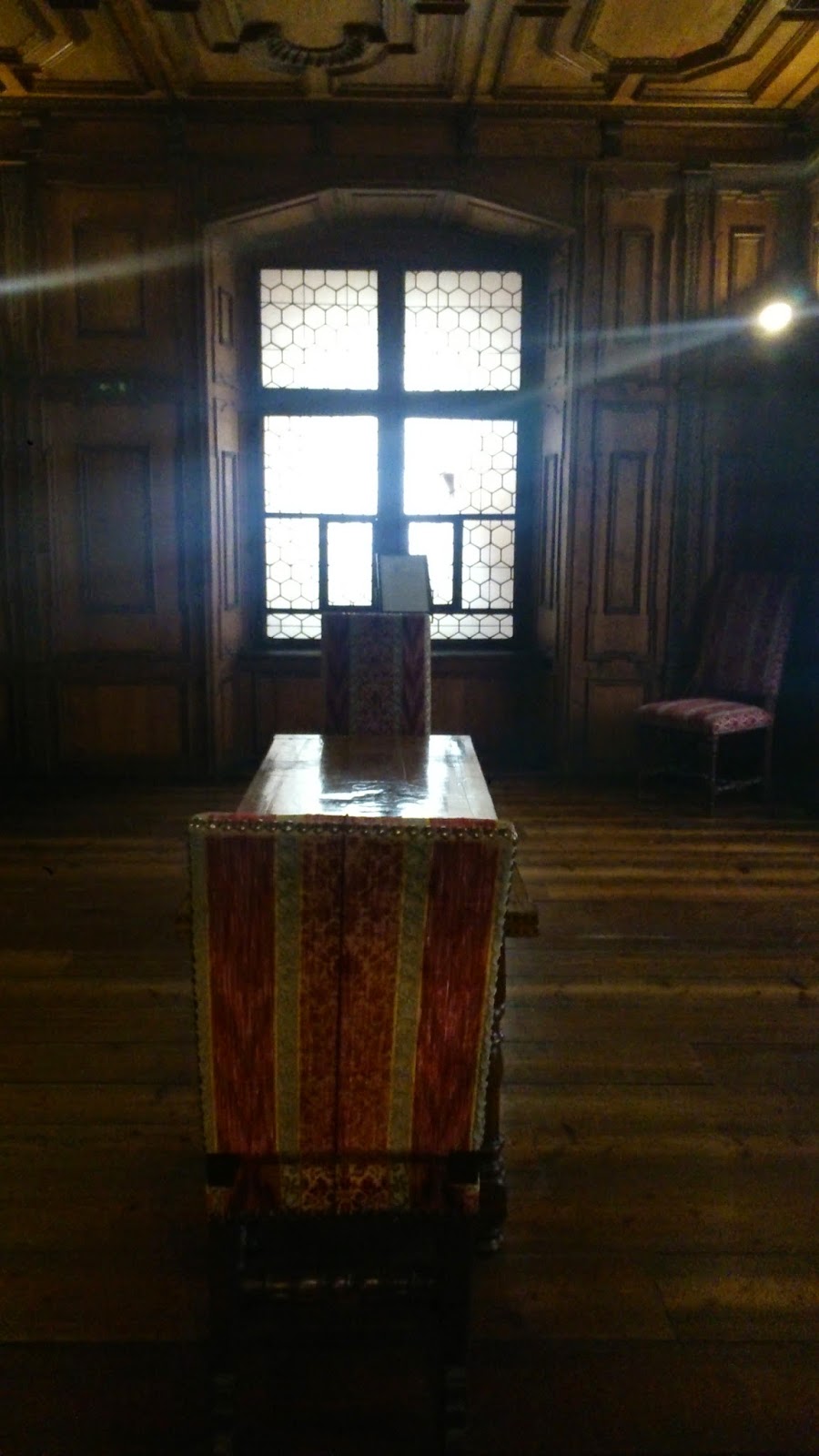 The second reason to visit this museum was to see the exhibition on Geneva and English Satire which is on until the end of August.  I discovered that it was in a separate building in Promenade du Pin which I eventually found when I discovered that I was on the wrong level and looking at a park on the map that didn’t seem to exist in real life – there was several lanes of traffic where the park should have been – until I discovered that the park was actually above me!  I didn’t quite succeed in getting my head around this aspect of Geneva.

Both exhibitions were free. 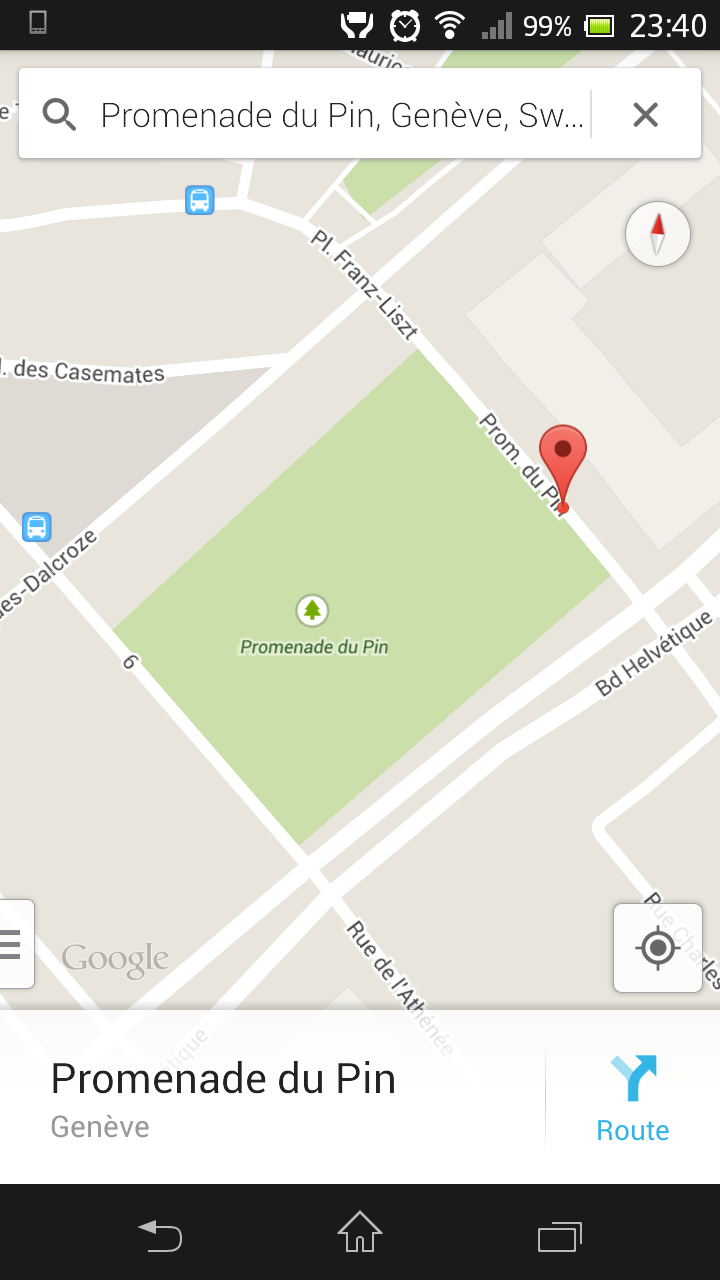 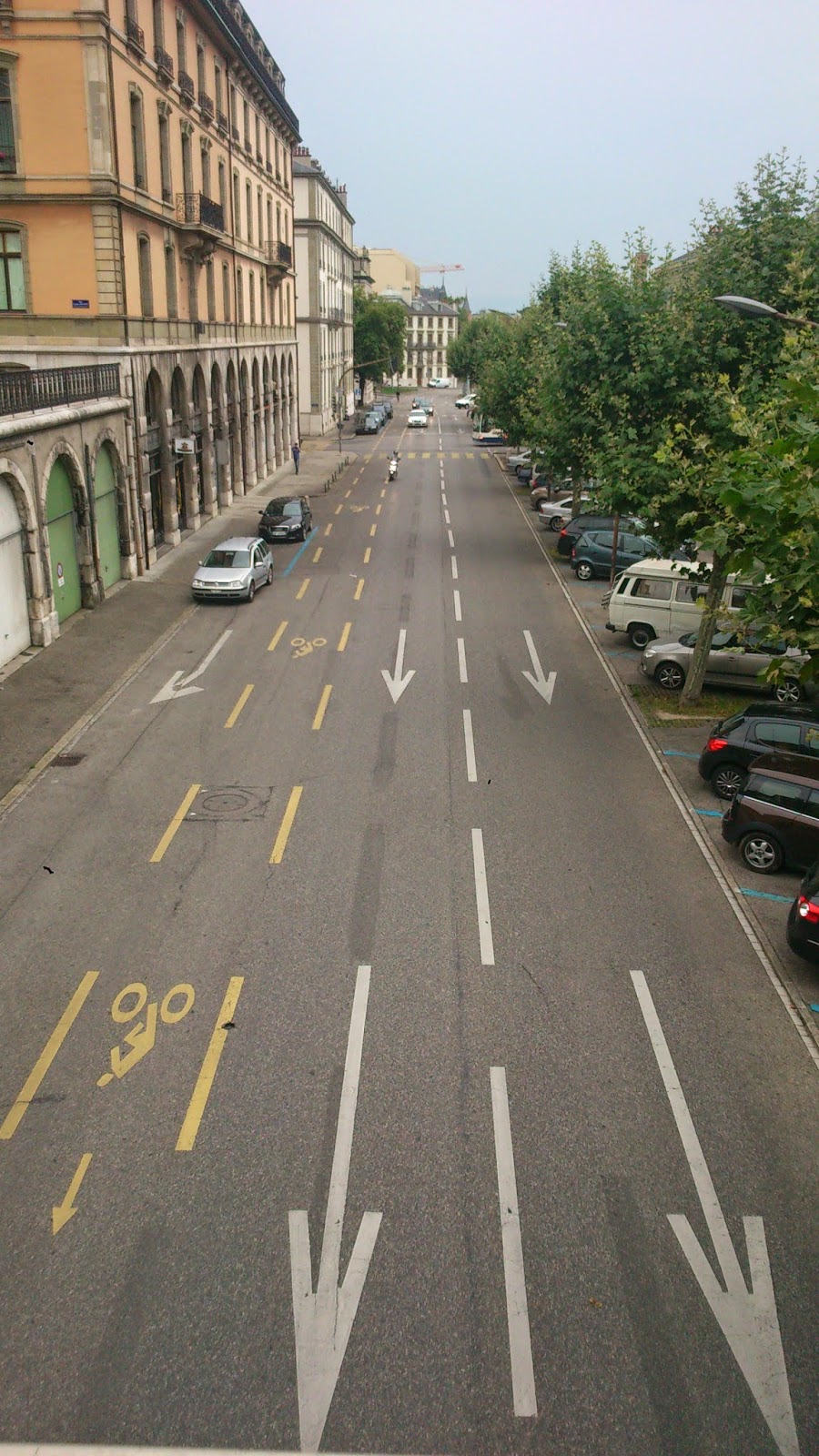 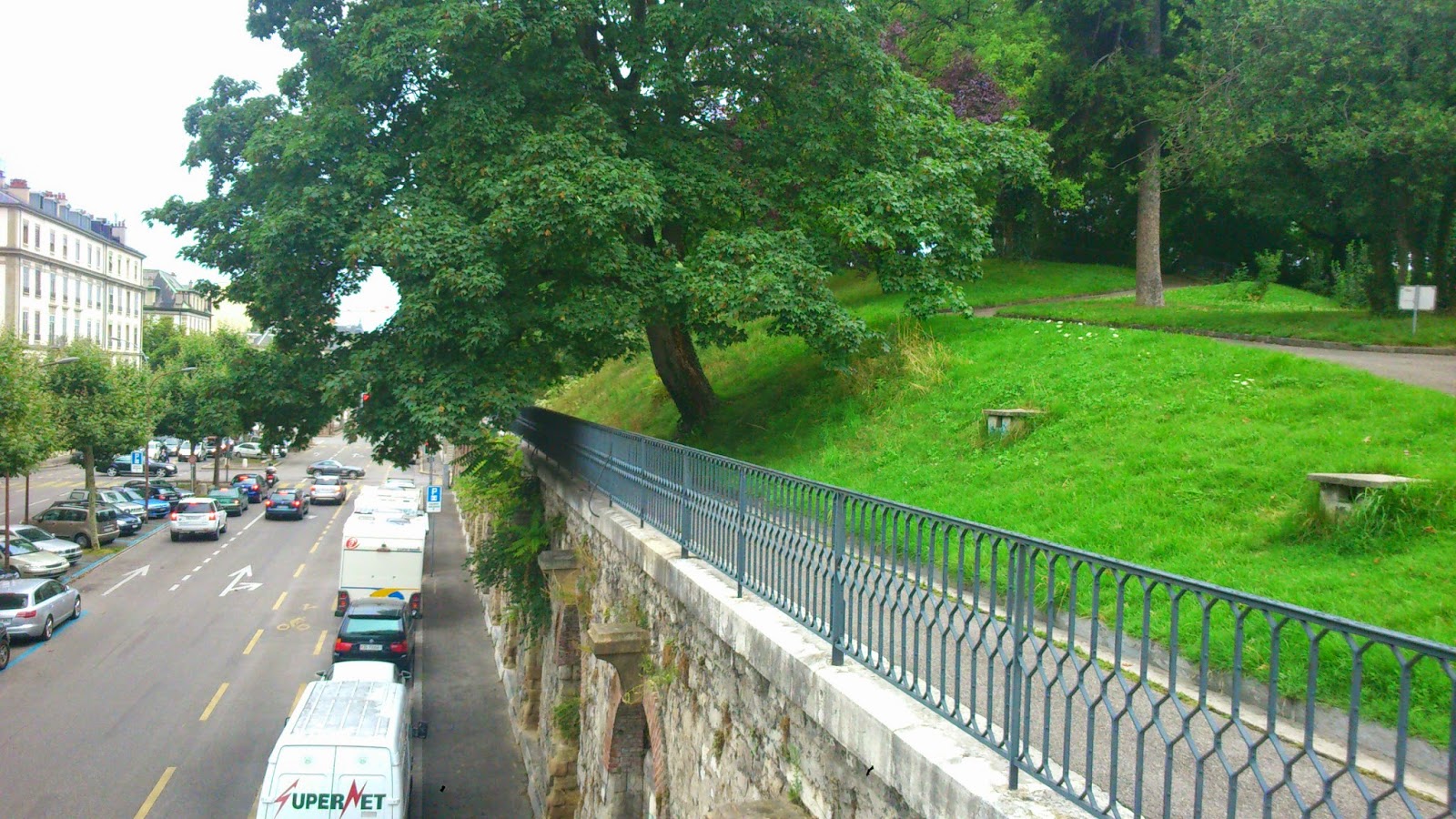 The building housing the Cabinet d’arts Graphiques was quite anonymous looking and seemed to be deserted. However I soon discovered the exhibition was on the 3rd floor. The exhibition compared the satirical cartoons of London and Geneva; it was fascinating for me. 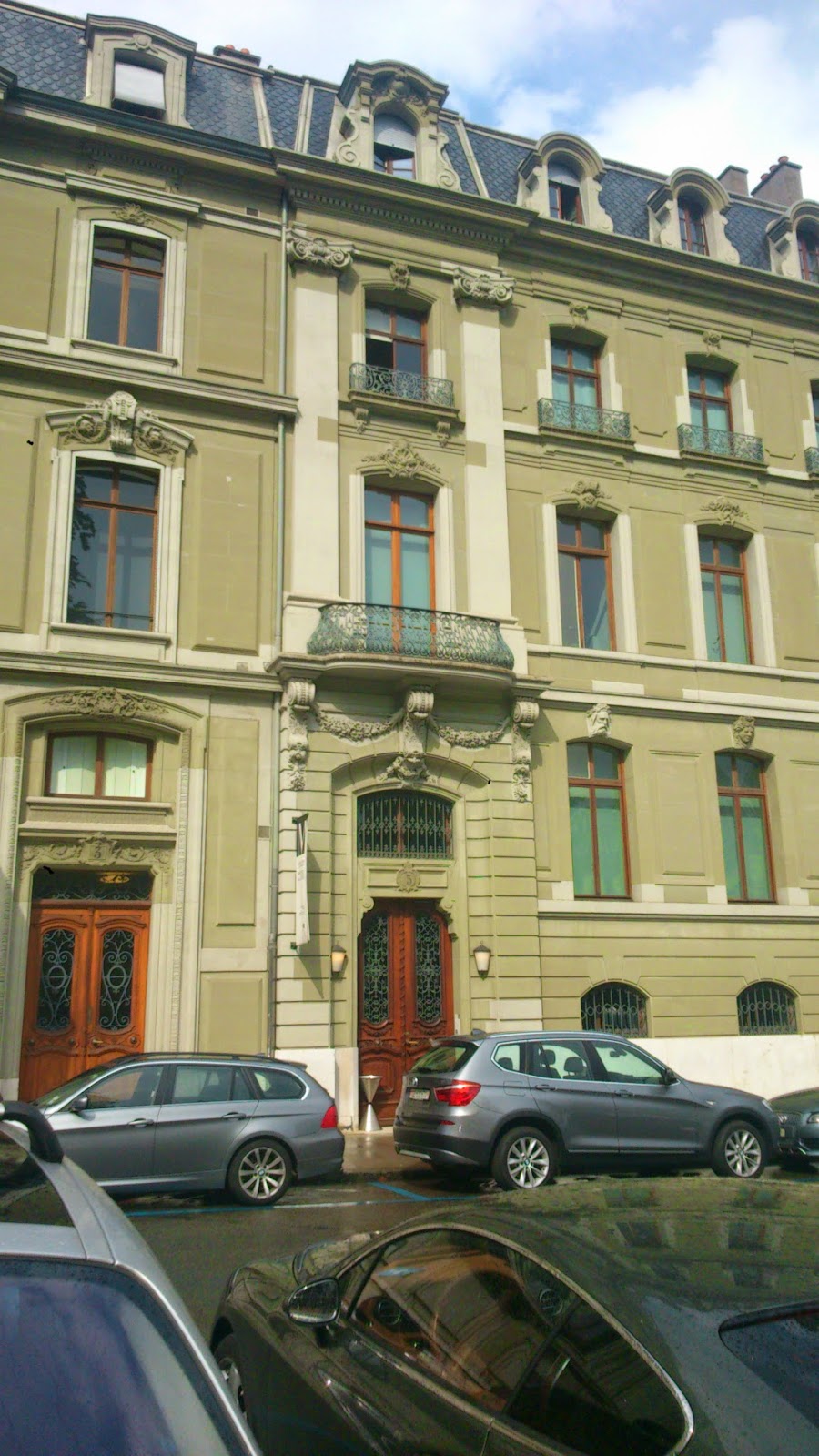 Visiting this museum on my last morning in Geneva, I didn’t quite have enough time to do it justice. It is an amazing building.  It was built to house the collections of Gustave Revilliod and today holds an amazing collection of ceramics and glass.  There is a small tea room with a lovely balcony too.  I got there via tram no. 15 from Gare du Cornavin to Nations the last stop on that route, right next door to the United Nations building.

I was a bit anxious about getting back in time for my flight so I really must return at some point in the future for a proper look. 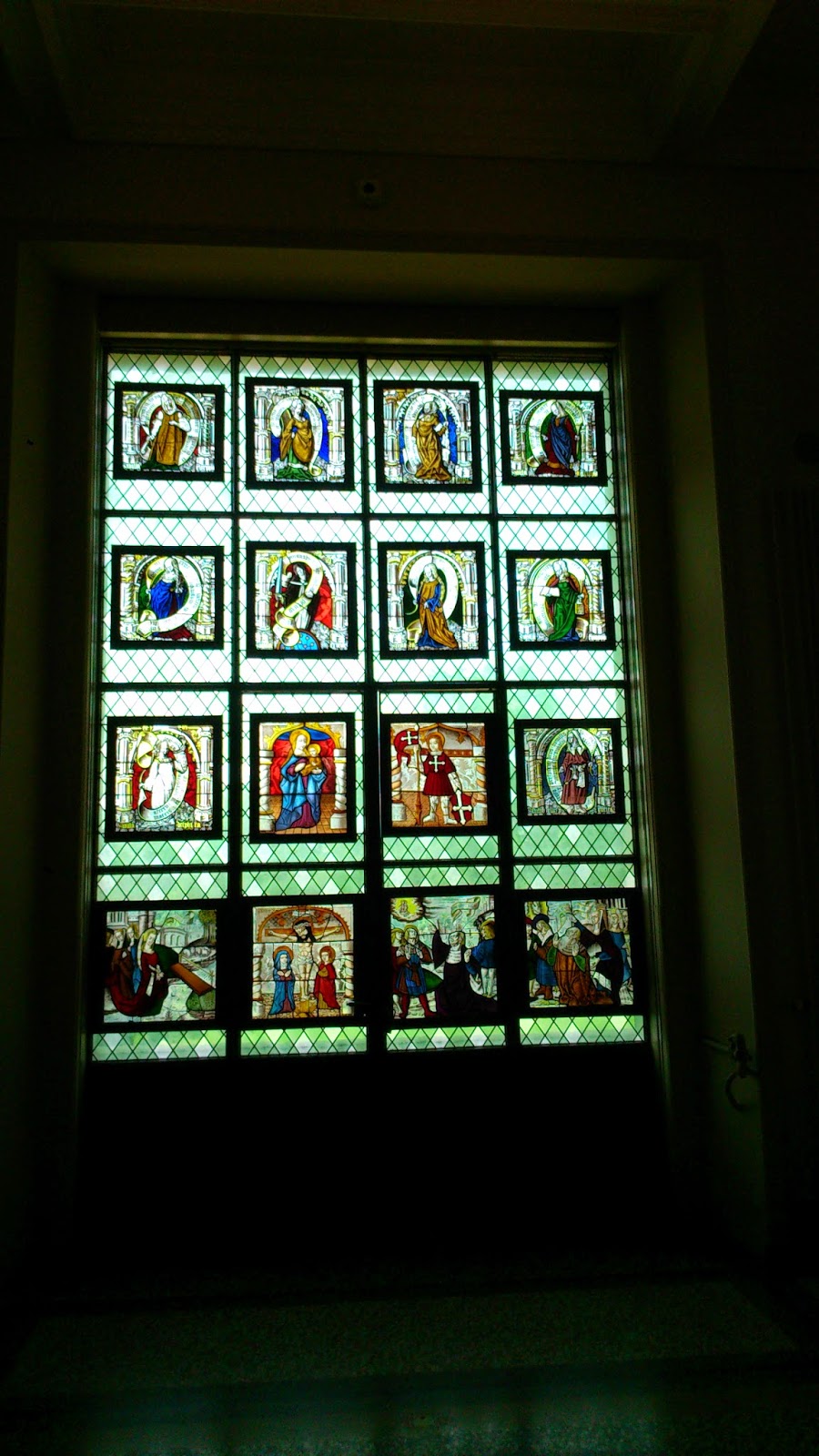 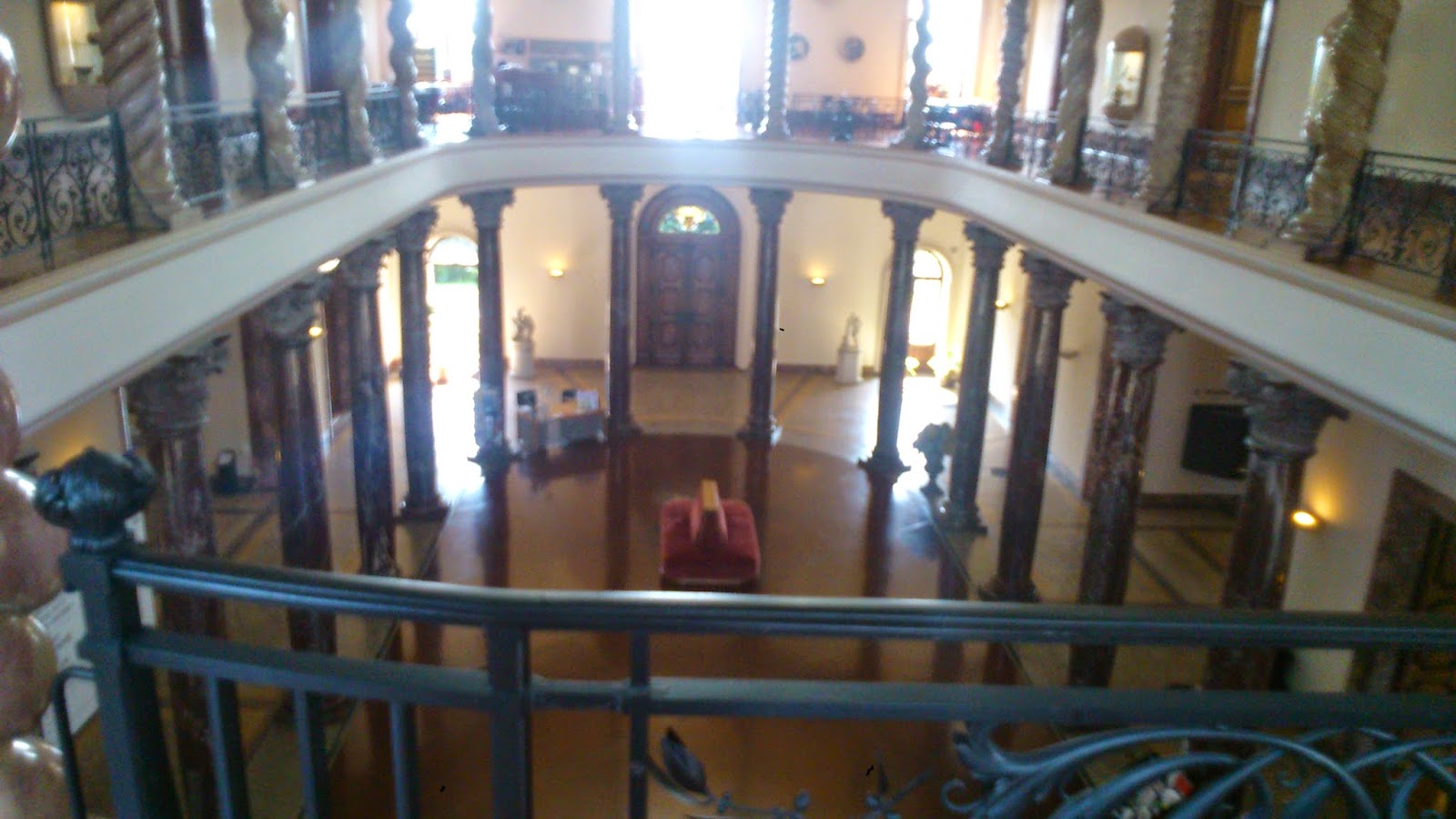 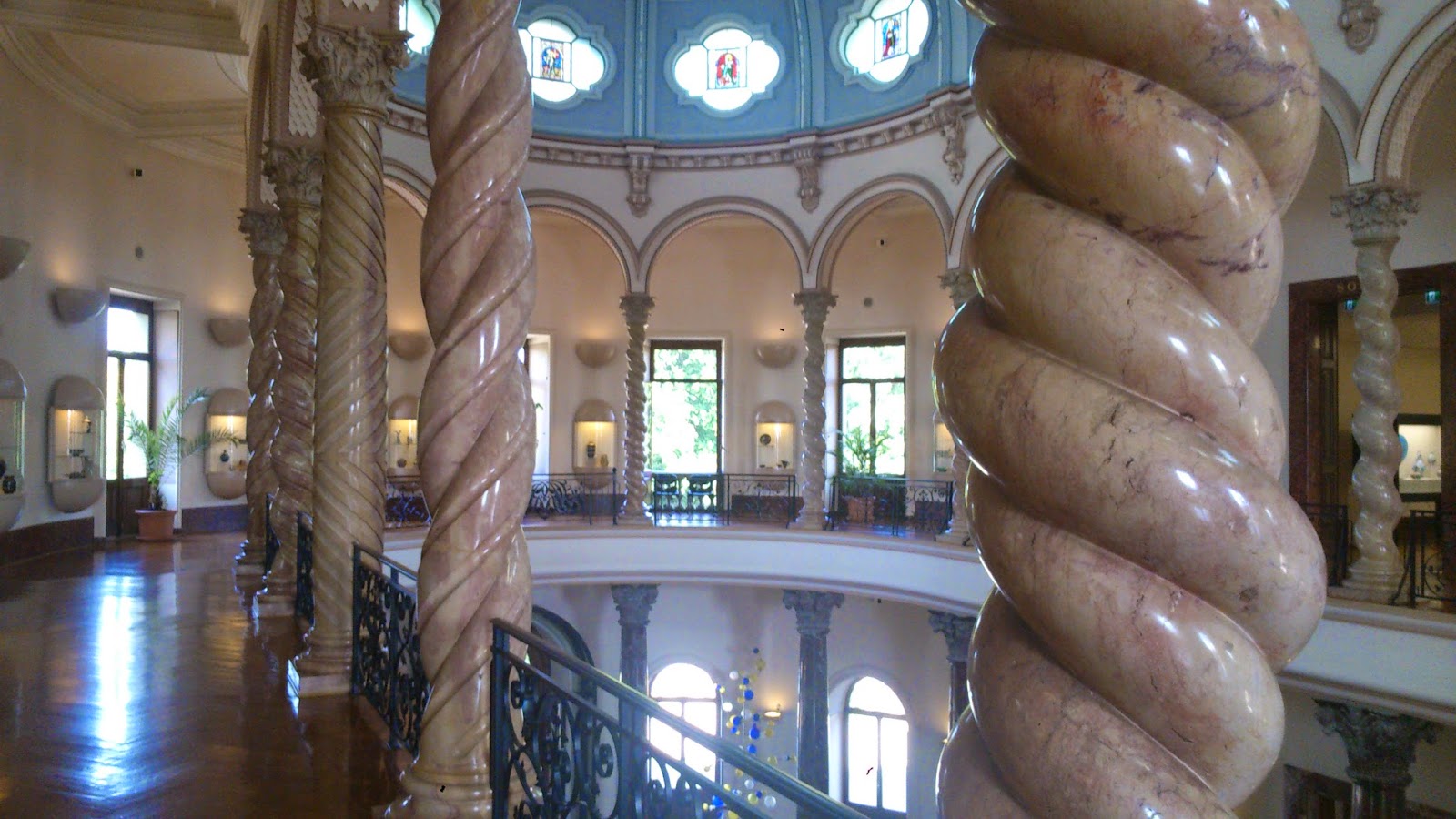 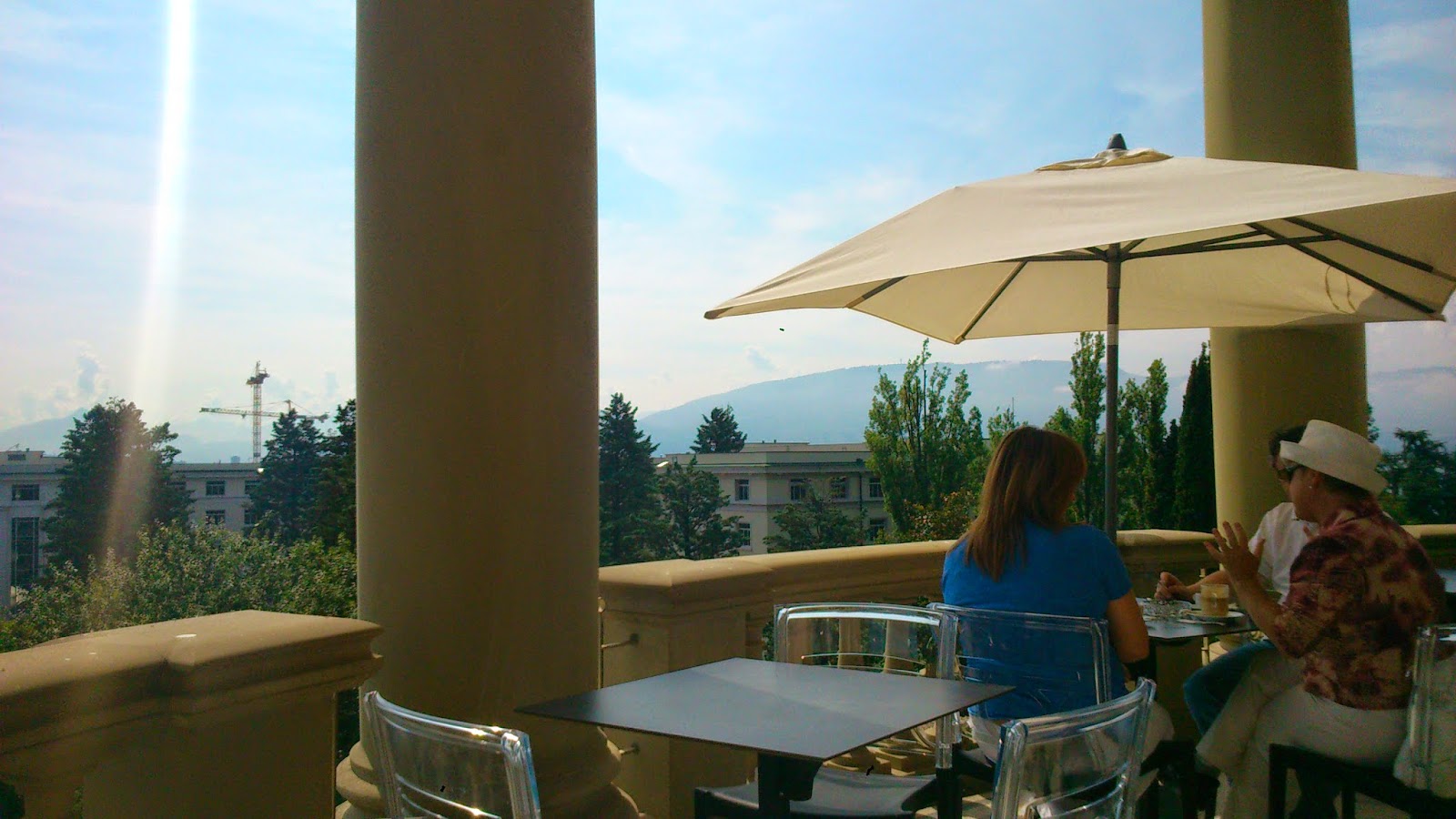 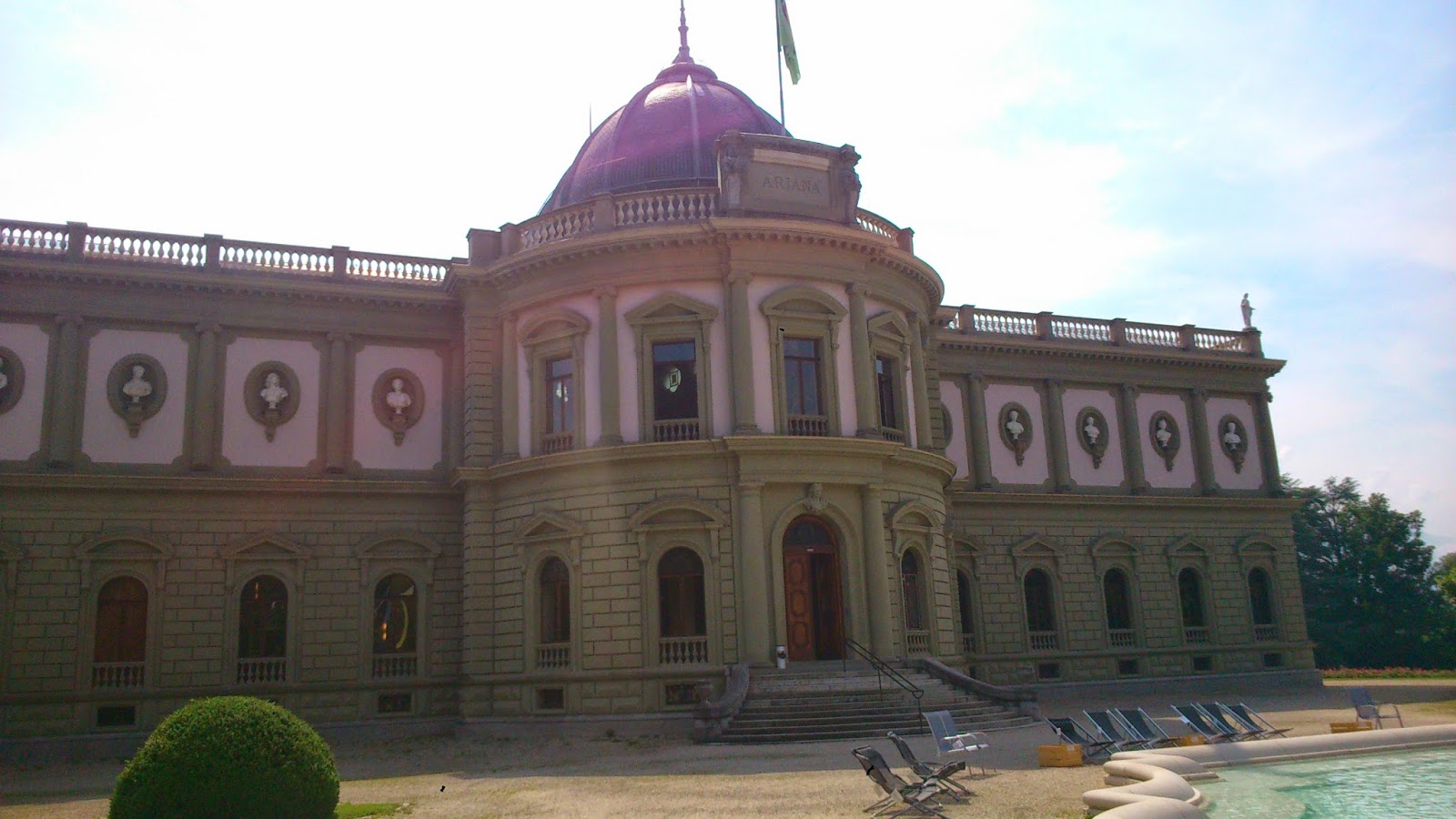 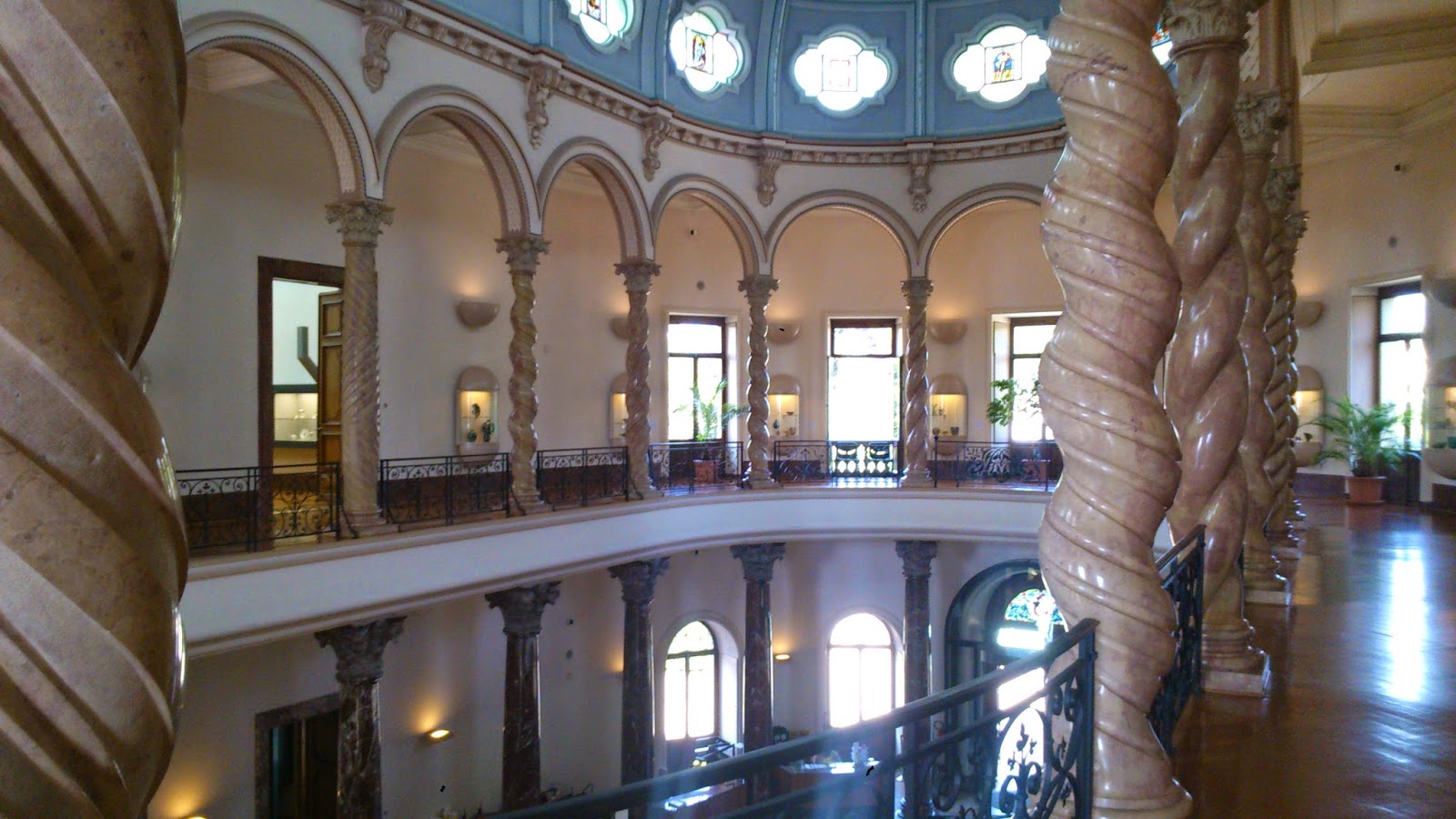 My second to last recommendation is to visit the tower of St Pierre Cathedral.  It is free entrance into the cathedral but well worth paying 5 CHF to go up to the top of the tower.  Quite by accident I ended up halfway up the tower at 12 midday and it was amazing to hear all the bells of Geneva chiming out of sync. If I had been really organised I would have been at the top of the tower where I could have seen the bells too. 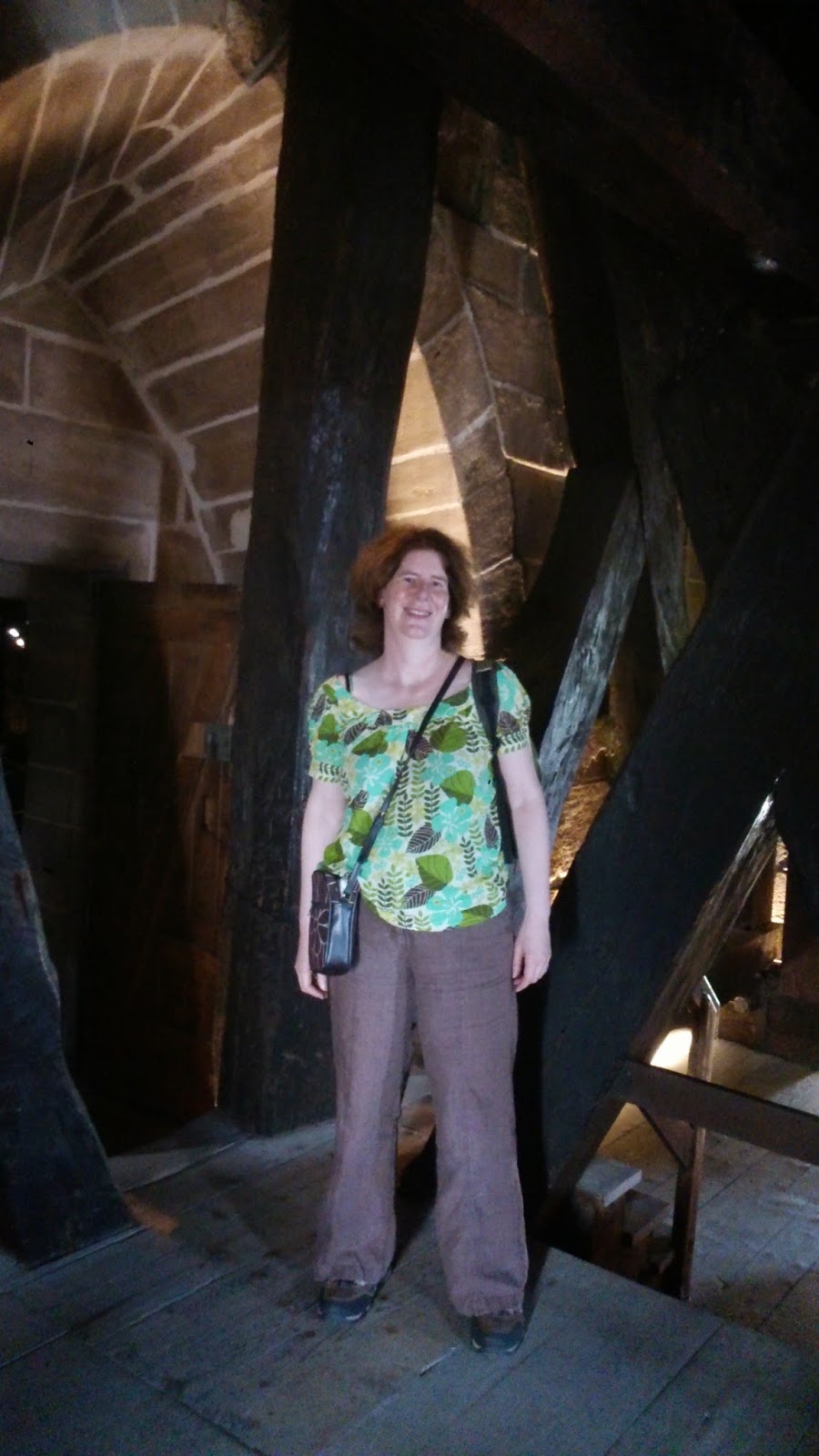 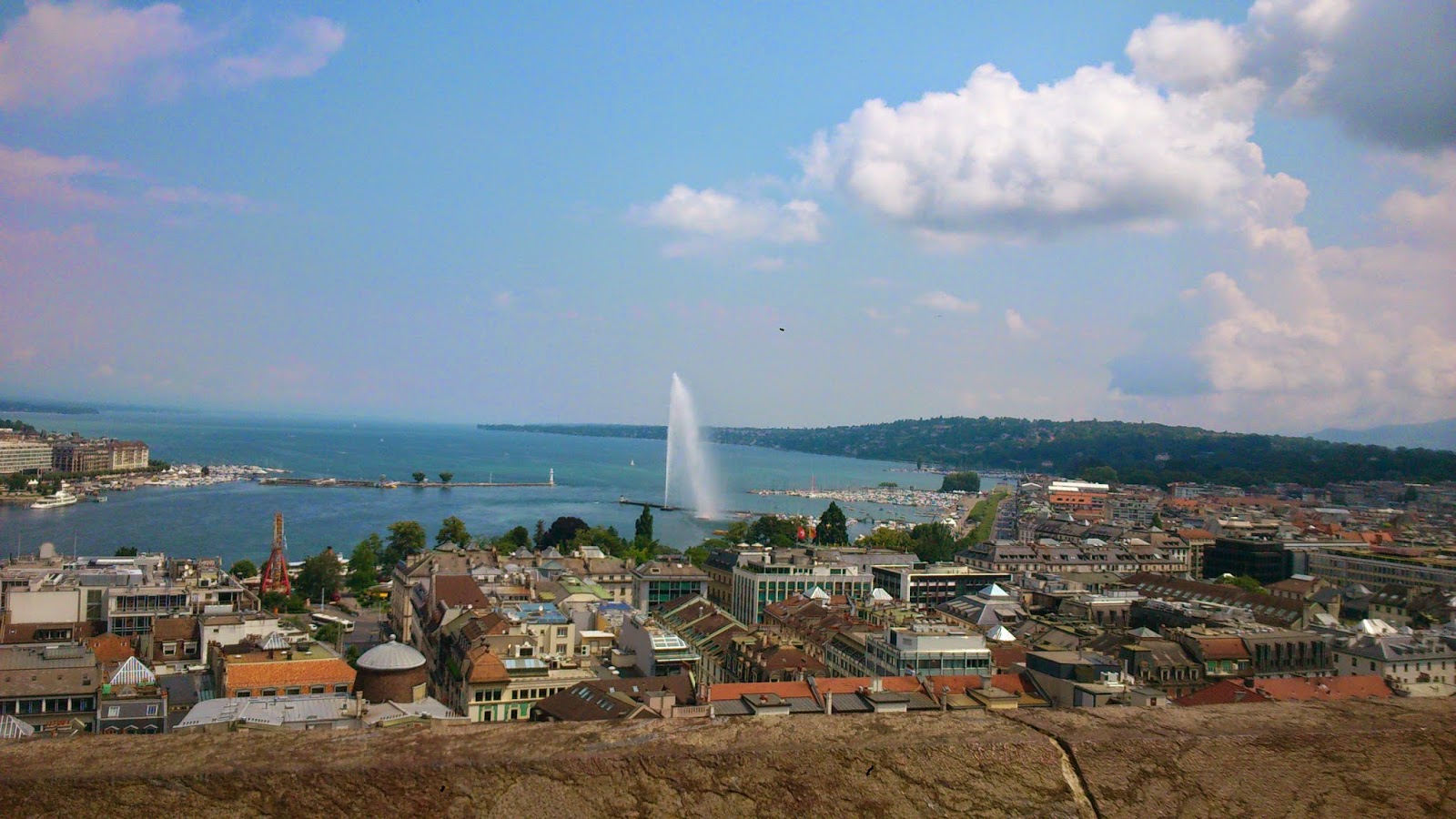 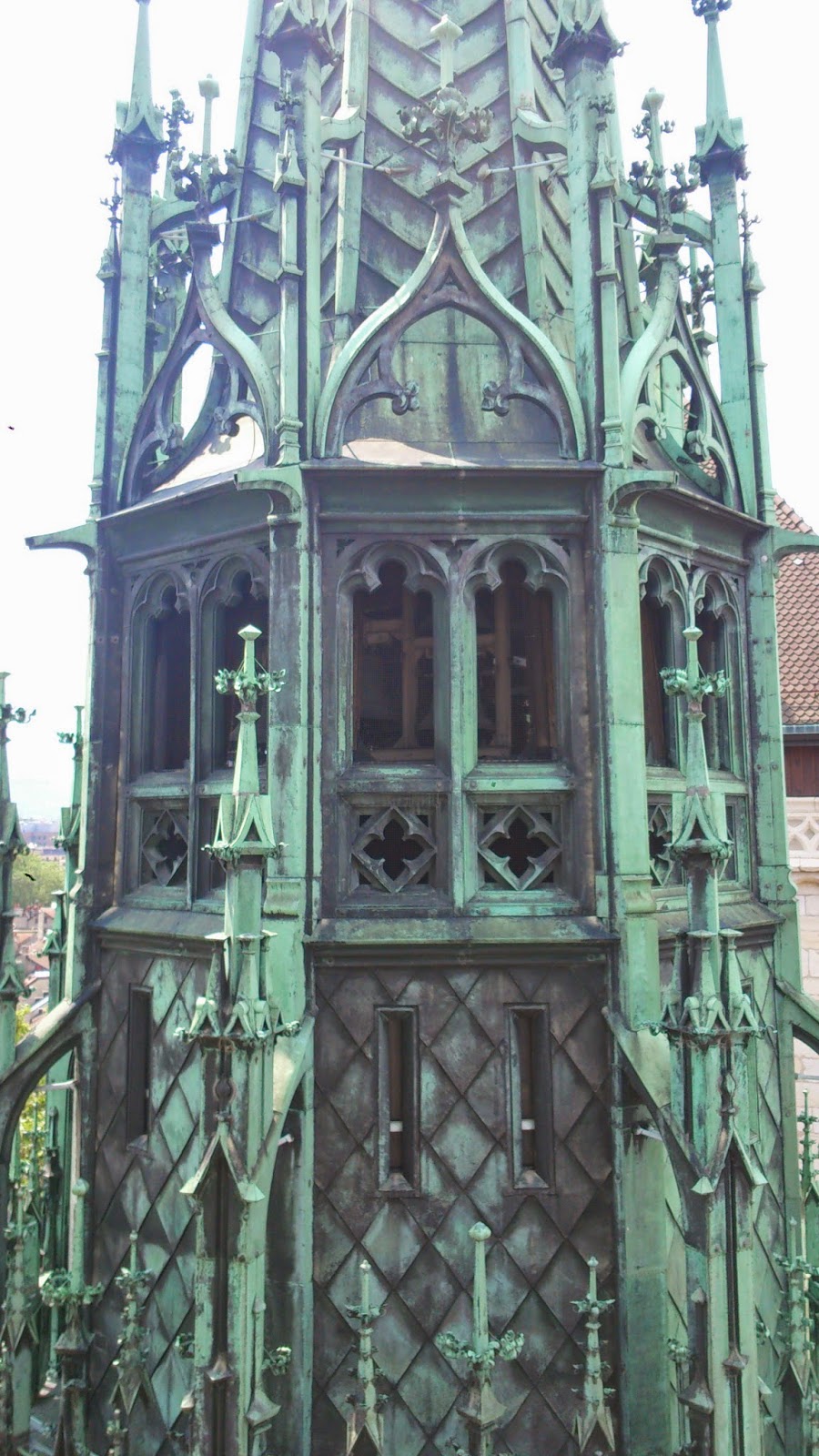 When I came back down from the tower I went to the back of the Cathedral and down a steep flight of steps – Passage des Degres-de-Poules which emerges opposite the Lutheran Church which doesn’t look anything like a church from the outside.  The reason why is in the Secret Geneva book but I don’t have it to hand at the moment.  I was at the church for one of their regular free lunchtime recitals. On the way down I passed a shady garden. 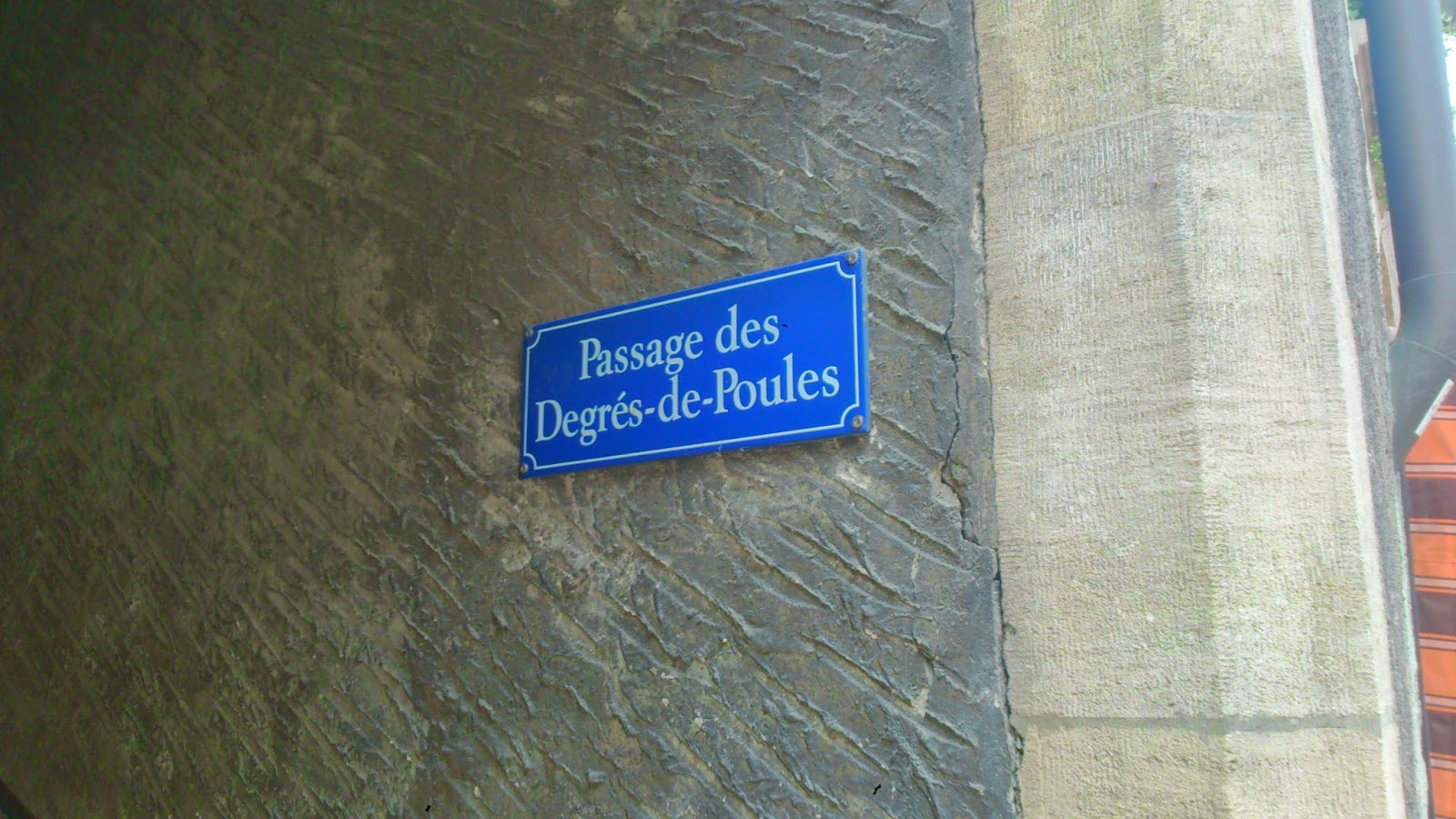 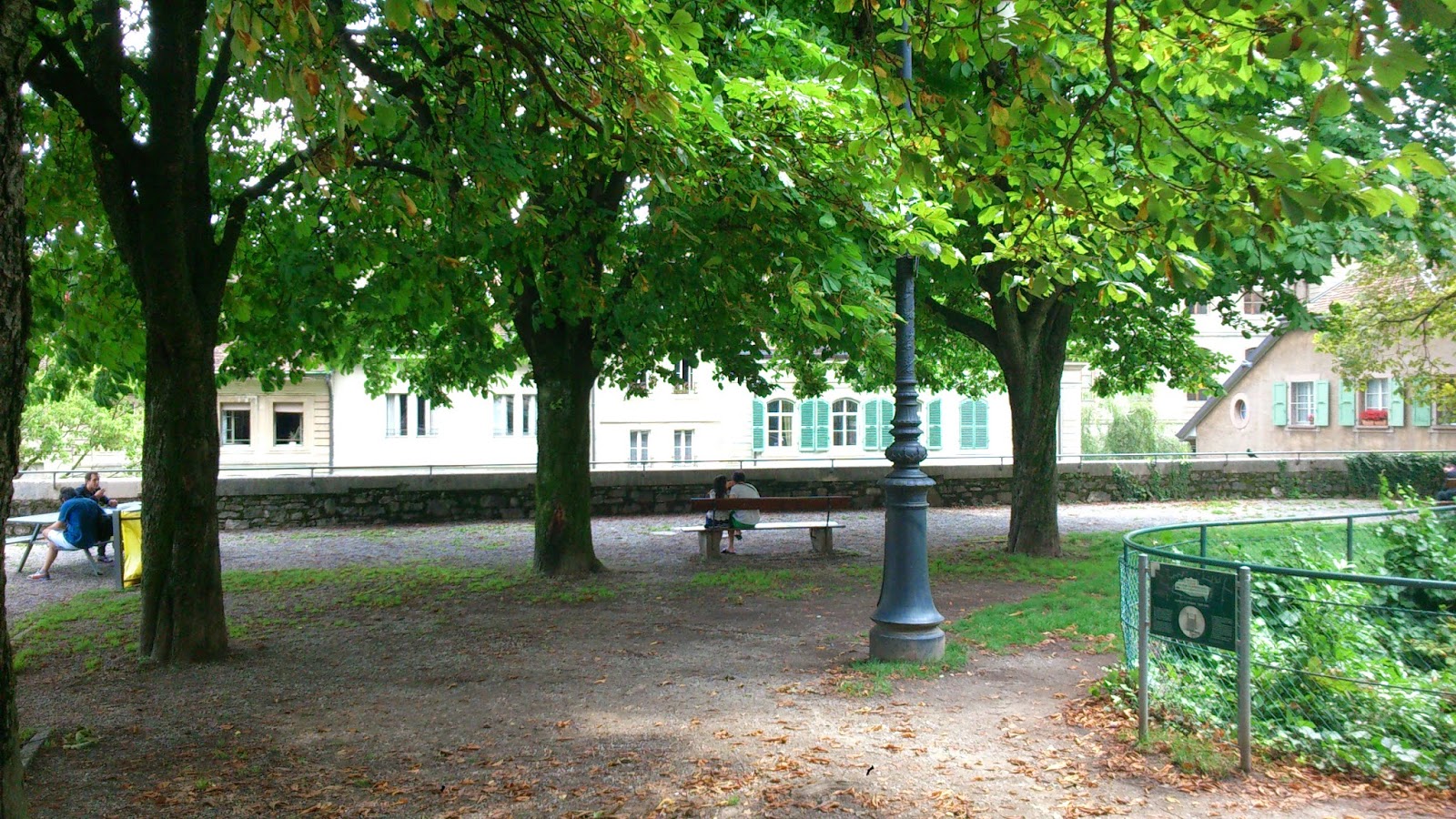 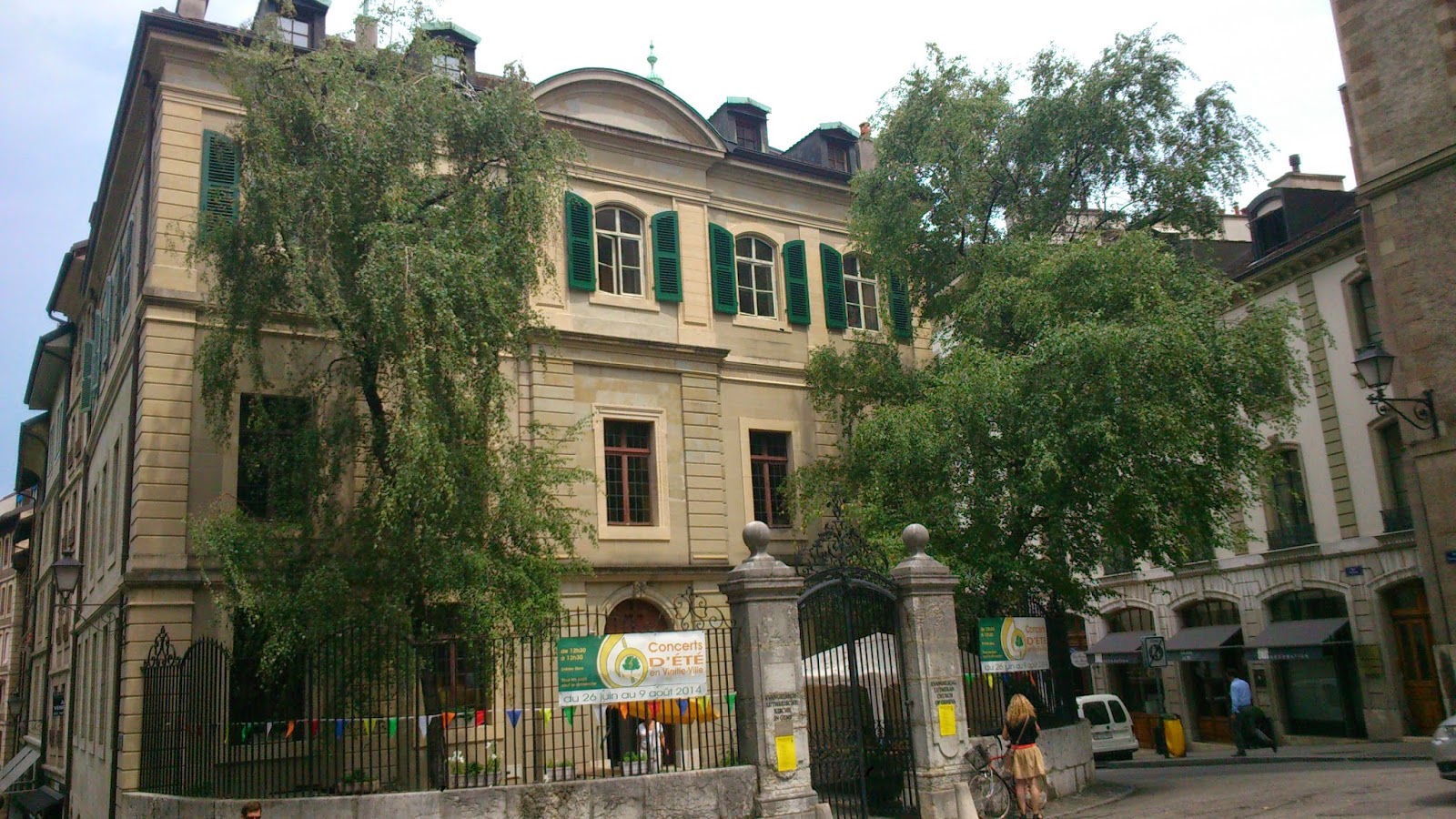 Finally, whilst unexpectedly taking a black cab from London City Airport right through Central London to Heathrow at the start of my trip (as my flight to Geneva was cancelled)  I couldn’t help but share a few London tips with my fellow passengers. In exchange I discovered that there was free live music at sunrise at the Bains des Paquis by the lake in Geneva and free outdoor cinema too. Unfortunately I ran out of days to do either of these things but they are definitely on my to do list for next time.