Old London by the Sea

Earlier this month I returned to the seaside town of Swanage, Dorset for the first time since a family holiday in the seventies.

I have limited memories of the Swanage from my childhood but do remember the name Mowlem which is the name commemorated on various buildings. Re-visiting in 2016 I immediately realised the London connection.

Born in Swanage in 1788 John Mowlem founded the eponymous company known country-wide for its construction work. The company were in business from 1822 until 2005 and are responsible for many major building projects in London and further afield.

Mowlem’s nephew George Burt (also from Swanage) later joined the business and it is Burt that we have to thank for bringing so much of old London to Swanage amongst his other accomplishments. In fact Thomas Hardy called him the King of Swanage.

Part of Mowlem’s business was shipping Dorset’s famous Purbeck stone to London for use as a building material. It is what they decided to use as ballast for the way back which is interesting.

Durlston Country Park and Castle are about a mile from Swanage pier and are well worth visiting. The castle was built by George Burt after his retirement in 1886 and in 2011 it was refurbished using Heritage Lottery Fund money. It is in a stunning setting and there is lots to do there. It reminded me in some ways of Portmeirion as it does seem a bit of a folly. 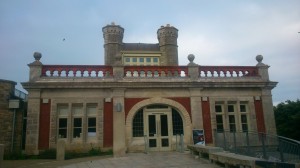 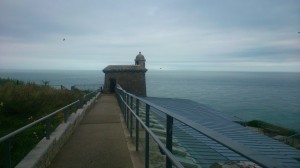 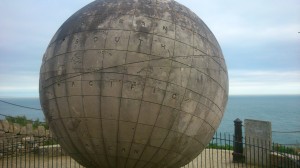 Sitting outside the lovely cafe I realised we were surrounded by bollards – that is bollards with London identities. 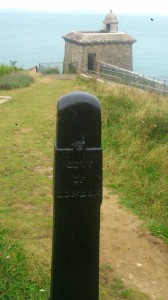 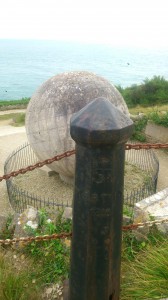 I later discovered there are many more bollards to be found in Swanage but this was not all that had been brought to Swanage from London. There was much much more.

Depending on what route you take back from Durlston Castle to Swanage you may come across this tower, now unfortunately in the middle of a private housing development. 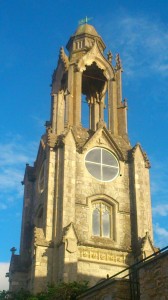 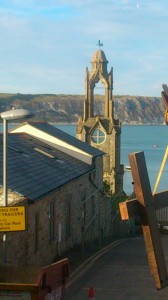 Although the clock has been long removed it is known as the Wellington Clock Tower. It was built in 1854 to commemorate the Duke of Wellington and originally stood on the south side of London Bridge. However it proved to be a bit of a traffic hazard and was brought to Swanage and re-erected here in 1860. There is much more about the history of the Clock Tower on Dorset Life’s blog here. This history threw up another conundrum for me. Burt presented it to his friend Thomas Docwra. Readers who know St John’s Gate in Clerkenwell will know that name and will also know that the construction firm Clancy Docwra can trace their roots back to the Thomas Docwra who was prior at the Clerkenwell Order of St John when it was rebuilt by him in 1504. This link does seem to show that the Victorian Docwra was involved in the building trade but I feel more research is needed. This is what happens when you research stuff you end up going on massive tangents!

Back to my Swanage trip. The Wellington Clock Tower is probably the largest item to have been transplanted from London to Swanage but the frontage of Swanage Town Hall can’t be far behind. The centrepiece of the town hall originally adorned the Mercers’ Hall in the City of London. Cheapside was being widened and the Mercers’ Hall was to be partly rebuilt so Burt brought the frontage back to Swanage for re-use. Scroll to 1881 on the Mercers’ Hall’s 700 year history for more details about the rebuilding. 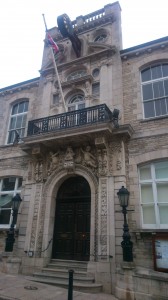 My favourite part of the George Burt story and old London in Swanage is the Purbeck House Hotel. Burt had acquired a previous house on the site but decided that it wasn’t grand enough so in 1875 instructed Weymouth architect G.R Crickmay to design a new house. After Burt’s death in 1894 his descendants continued to live  in the house until 1935. Between 1935 and 1994 it was a convent for the Sisters of Mercy and in 1994 it was bought for conversion into a hotel. 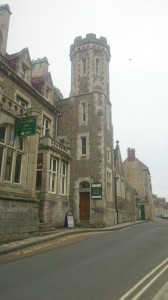 This quote from the hotel’s website sums the place up “The building itself is a mixture of the grand and eccentric, an outward manifestation of the power and wealth of the the mid-Victorian entrepreneur.”

Pevsner who always comes up with a good description of buildings he doesn’t like describes the building as “High Victorian at its most rebarbative”. I confess I had to look up “rebarbative” which means unattractive and objectionable!

However I loved it!

It is rather like a hotel version of Sir John Soane’s Museum which is one of my favourite London museums.

It certainly is a quirky place and I am so pleased that the hotel owners have left so many of its original features. We popped in for a drink in what turned out to be a fairly modern bar but had this amazing wooden structure on one wall which was so big I could only photograph half of it. It is possibly a remnant from the house’s time as a convent. 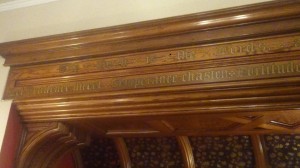 The following photos show unusual decoration for the corridor leading to the  toilets –  showing Burt’s motto which was “Know Thyself”  – and the tiled entrance hall which is a copy of a Roman pavement found by Mowlems while building Queen Victoria Street in 1869. 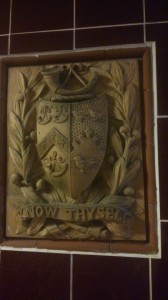 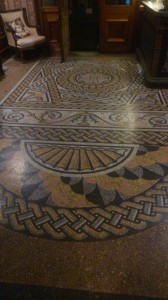 There were also fabulous remnants of a Victorian household such as an old Clerkenwell clock and the servants’ bells. Just look at the names of the rooms. 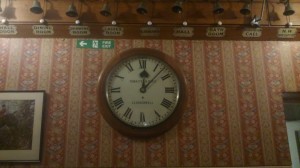 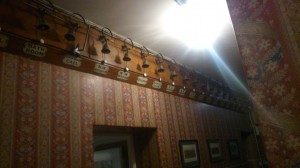 There is so much that we didn’t see on our quick evening visit. More about the building and the bizarre objects that Burt filled it with can be found in another fascinating post on Dorset Life’s website.

The hotel’s prices are very reasonable – in fact not too much more than what I paid for a b&b so next time I visit I will definitely stay there.

Exploring the London remnants was enough to keep me busy but there are loads more reasons to visit Swanage aside from the lovely beaches and calm sea. The cliff walk to Old Harry’s Rocks was brilliant, the open top bus ride back was exhilarating, there was also the old-fashioned pier museum and also our clifftop walk to the quirky Square & Compass pub. 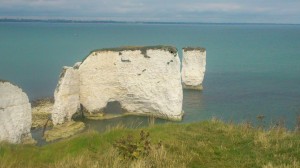 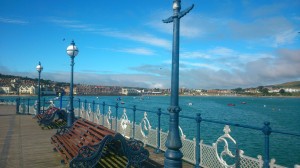 Arriving by steam train is another reason!  The line from London to Swanage closed in January 1972. However over the past 40 odd years volunteers have been rebuilding the line and the stations. It isn’t just a novelty line but a much needed part of the transport infrastructure in this part of Dorset. During summer weekends steam trains run every 40 minutes whilst the rest of the week they are interspersed with diesel trains. By June 2017 the line will run all the way from Wareham to Swanage.

It is not just the fact there are steam trains but it is the whole experience with the rebuilt stations, signal boxes and well turned out station staff. 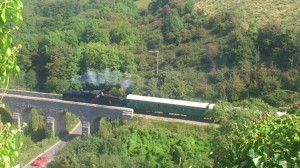 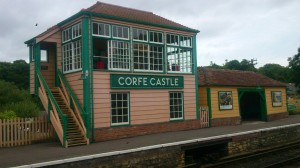 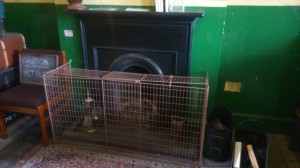 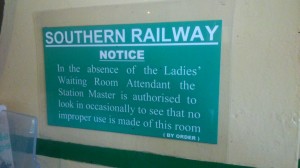 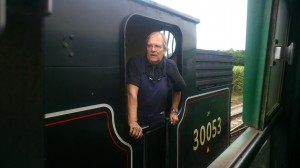 An accidental photo of the driver of engine 30053

Lastly I found prices much cheaper than London – my bed and breakfast in a single room with more or less my own bathroom was £40 a night. I stayed at the appropriately named Sunny Bay in Cluny Crescent more or less opposite the YHA where my friends stayed! 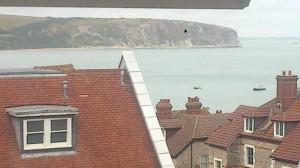 View from my room

I think I have just created an advert for the Swanage tourist board – if there is one! 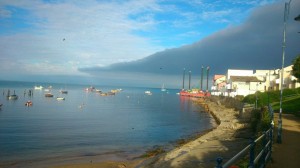 The author of this blog (Joanna Moncrieff) is both a City of Westminster and  Clerkenwell and Islington Tour Guide.