Do you work in Victoria? Away from the main street there is so much to discover. I can offer various walks in this neighbourhood including lunchtime circular walks either from a specific spot such as Westminster Cathedral in Victoria Street or maybe from your office. 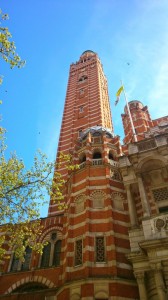 Walks in and around Victoria will include a selection of the following:

And much more besides.

There are several good pubs in the area which can be fitted into the walk if required.